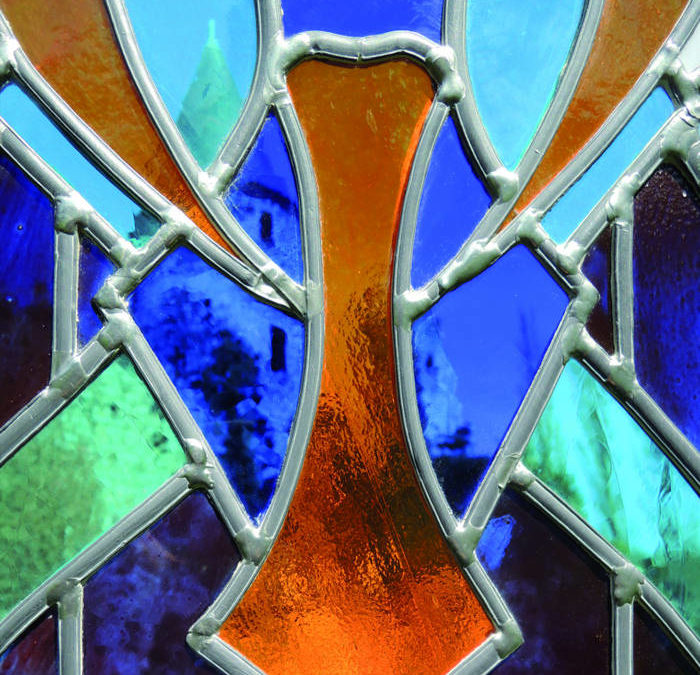 As a debut album, Eau Ardante is starting the race with a ferocious pace for French Black Metal duo Ergholae Somptator. The colorful stained glass cover and the eerie piano of intro track “L’ Oubli” belie the raw aggression that exists within the rest of this album. However, they do set a tone for the menacing vigor of the attack, like building tension as the victim of a horror movie travels down the hall before the jump scare and horror ensues.

The horror here begins in the second track “La raideur” with a burst of buzzing guitars and drums. The guitars here are a warm fuzz that cuts with relentless assault, holding a melodic feel that is somewhat medieval in their delivery. Drums are thin sounding in a good way that compliments the drone of the guitars without being drowned out. They never rely solely on blast beats and offer a wide array of fills. Staccato passages of on-again, off again force provide variation to the unusual song structures. Everything is ever shifting, never settling for too long upon a motif. The vocal’s raspy screams are in their native French language, which I’ve always had a rather warm spot for in black metal. The throaty syllables carry a certain “je ne sais quoi” that lends itself quite well to the ferocity of black metal. Bass is not a key component in these tracks, and rarely makes an audible appearance, most notably during the middle to end of “Les gouffres de Neptune ” on one of the slower passages of the album before the guitars hiss back into life full swing. One of the highlights of this album comes in “Avalanche” where we are treated to chugging that is near death metal in it’s execution, before settling back into the buzz and blasts we’ve come to expect at this point in the album. Final track “Emporté par la fureur et la fièvre” continues the aberrant ambush before concluding in wails of anguish that lead into the last seconds of a clean guitar fading out.

Each track on this album is filled with twists and turns. It contains within its multitude of styles an eccentric approach to black metal that is infectious. It has quickly become an absolute contender for one my favorites from the year so far.