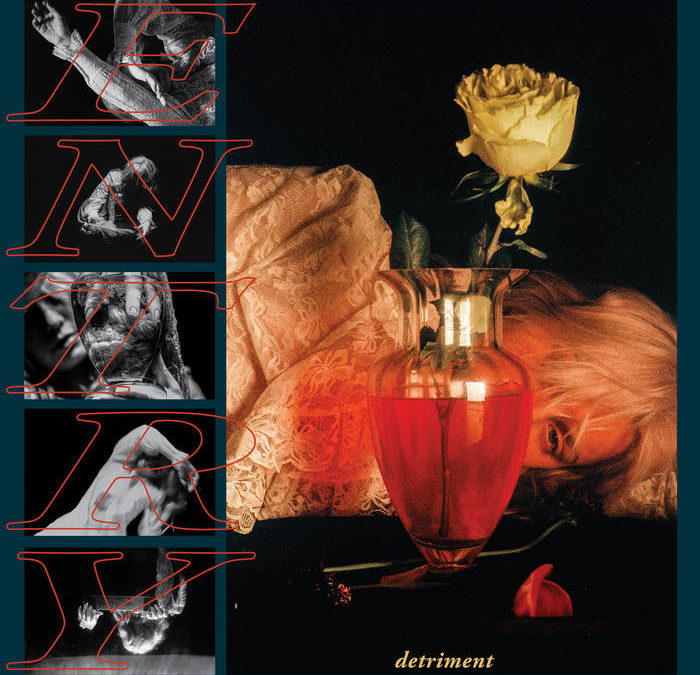 Few bands are able to transduce the energy created at a live show to their recorded sound. Many bands are capable of writing material that can send a basement of punks into a whirlwind of bodies and sweat. Unfortunately, it would seem there is inevitably an intensity that is lost when the same material is brought into the studio.

With the release of their debut full-length album, Entry sets themselves apart as a band that is more than capable of keeping that intensity, to create a record that can take the excitement of going to a show to a housebound listener.

2020 is a year deprived of music. There is a void left by the nonexistence of live shows and the community is acutely aware of it. Clocking in at only fifteen minutes, Detriment feels like the best kind of live set: confrontational, tight, and compositionally excellent.

After luring the listener into a false sense of security with a low-key, feedback laced introduction, the album explodes leaving vocalist Sara Gregory’s voice to growl and drag across the rhythm. This is a voice that cuts with a force that often denies melody, in a way reminiscent of hardcore standards, while maintaining a contemporary edge. Production wise, the vocals sit in with the rest of the mix comfortably, complemented by a gigantic rhythm section and guitar work that drives the album from track to track. What makes the delivery even more gripping is the feeling that no part of this record is made for the sake of nostalgia, but the band maintains a near mastery over their influences as well as their direction.

Lyrically, Detriment is an album that captures a snapshot of a person trapped between feelings of vulnerability and a constant outside pressure to eschew these feelings as unimportant and unwarranted.  Present here is the all too familiar cycle of vulnerability, lack of outlet, and finally anger. Powerlessness is a constant looming hand which forces any given person to a state of serfdom and subservience. Songs throughout, but especially tracks like Not Your Decision and Control, look the dystopian, kafka-esque lack of autonomy squarely in the eye, if not simply to confront it in whole. What this album offers, aside from pure catharsis, is a somewhat conclusive end to this cycle; especially near the album’s end, the lyrics turn the focus of spite away from the self and toward the forces that tell one they are powerless. Empowerment, in this form, is one of the most viable and potent options many of us have- and it’s what hardcore has always been about.