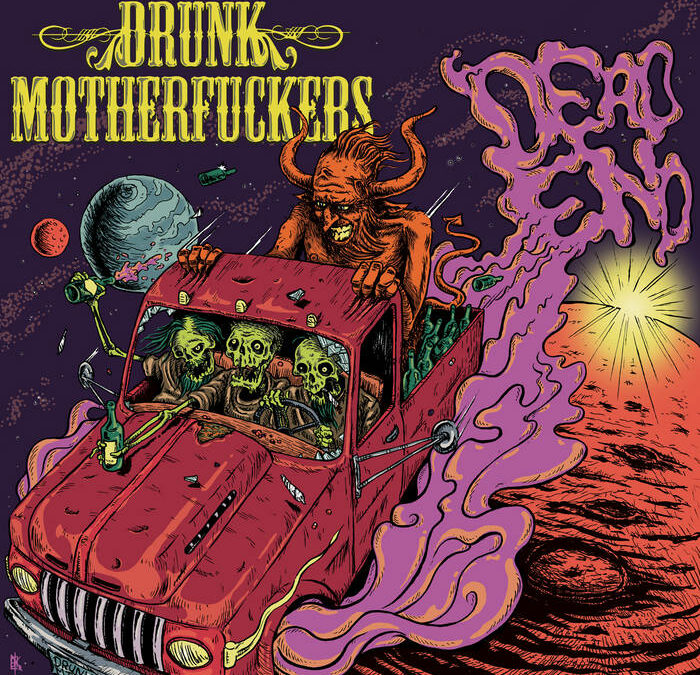 Drunk Motherfuckers are another project of Father W (or Wrath), the owner of FYC Records and involved with multiple bands, most notably black metal band Dødsferd. Much like Gin Lane, which we reviewed here a few weeks ago, this project is also not metal, or at least not extreme metal. Dead End has elements of doom and stoner, but plays to me like bluesy hard rock. Let’s be honest, this sound will scratch the itch of many a metalhead, especially while enjoying some beverages in a bar.

I’m honestly blown away by how good this is. I should have known after Gin Lane that Father W is more than just a metal musician, but I first became familiar with his work through Dødsferd and his other black metal project Grab. It’s clear though that he is just a visionary songwriter and exceptionally talented musician regardless of the style involved.

Across these four tracks, the band holds a consistently tight sound. The grooving rhythms will have you bopping your head while you wait for the bartender to pour you another. Interesting riffs keep the party going, while you find yourself singing along with Father W’s strong clear voice throughout. Dead End is a party you don’t want to miss!