Drink Their Blood – Face Of Opprobrium 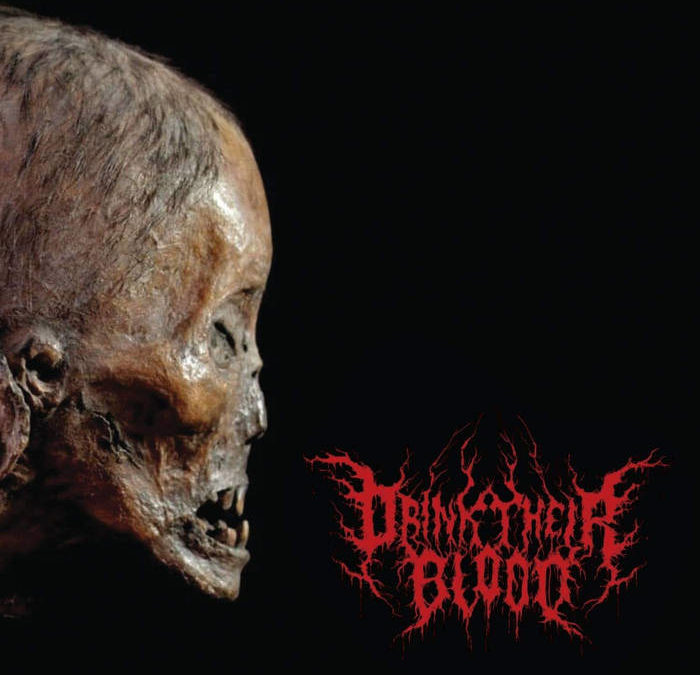 Let’s get this out of the way right from the start. Drink Their Blood are a weird band. In fact, they revel in it. Their musical influences are obviously wide and varied. The debut album of the six year old Michigan band features tracks and parts of track which I could use to convince you of any of the following, if I pulled said section out of context: Southern metal, Death metal, Black metal, Grindcore, Progressive metal, and Jazz. Possibly others. If that doesn’t suggest a certain strangeness, then I don’t know what does. To be clear, this is not detrimental to the band – it is part of what makes the Kalamazoo quartet so wonderfully unique – but it does pay to give the reader and (hopefully) future listener fair warning. These are four true musicians, who love music, love metal, and seek to try to take you on as wild of a ride as possible over this 37 minute journey. It also explains the genre designation. I have no clue how to use genre tags to define these guys, so I’ll go with how they’ve defined themselves on their Facebook page.

So, just who are these guys? Well, other than standout local musicians, you have a mostly pretty typical band set up. Anchoring the back end, we find Montrose on the drum stool, hammering out destruction and salvation in equal measures. Judson thunders out manic and abrasive drums lines in concert with Montrose, giving the eight tracks the oppressive feel of a thunderhead rolling in fast and low. Jeff makes the axe sing…and scream…and cry…beg forgiveness…lash out in hatred…basically whatever the song calls for. Up front, we find Ben, who not only handles the vocals with equal parts abrasion and aggression, but also reaches down into that case in front of him occasionally to add some saxophone to the equation. Yes, you read that right.

It’s fair to say that Drink Their Blood makes it hard to write about this album. There are too many changes to pin down what the band are doing musically in a review. Essentially, to really know what the album is about, you just need to listen to it, something I strongly recommend you undertake at your earliest convenience. I will say how this album makes me feel. Off kilter is the first phrase that comes to mind. There are stretches of song where you start to feel like you are getting into a good groove only to have the next change in rhythm, structure, or tone sweep that all away. The band giveth and the band taketh away. Face Of Opprobrium is a challenging album that asks a lot of the listener. Accepting the challenge is not in vain though, as the payoff is exceptional.