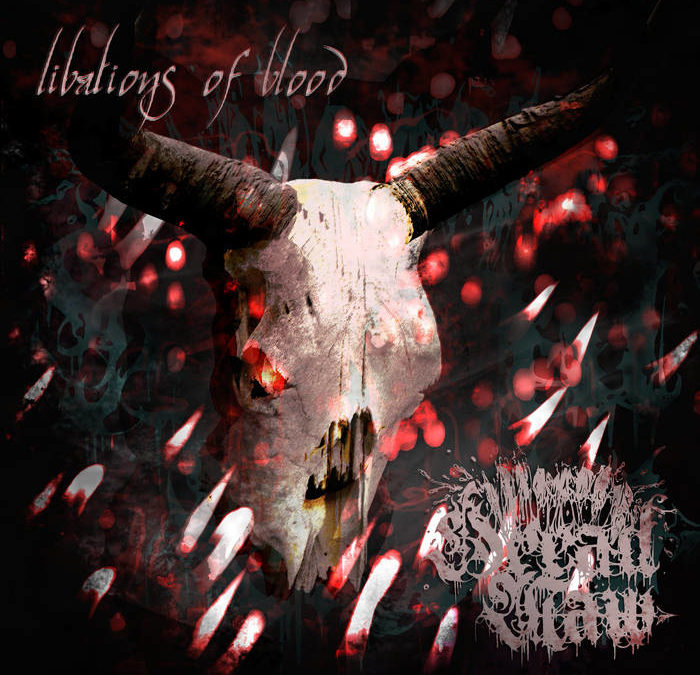 Label – The Forest At Night

Dread Maw is a solo project from Shadowsister, who is also involved with, or behind such projects as Wolven Daughter, Rage of Devils, and Ophelia Drowning. Formed in late 2020 in the mountains of Kentucky, she covers mythology, fantasy, and more thematically. Libations of Blood marks the project’s second release, after Sanctified Murder was released at the end of 2020.

Musically, Libations of Blood is pretty raw black metal, with rage bleeding out of every riff, every rasped vocalization of horror, every blast and fill. Production is rugged, as it should be, but not so muddied as to make instruments indistinguishable. There is a great deal of dissonance in the riffing, used to great effect to set your teeth on edge. The six tracks account for about seventeen minutes of runtime, every second of which twists and turns your psyche in delightfully disturbing ways.

As this album is released by the label connected with The Forest At Night radio show, the proceeds will go to a charity. In this case, Shadowsister has selected Gendered Intelligence, which you can check out by clicking the link. Full solidarity and thanks to the artist for directing proceeds to this important work.

The incredible album art is done by Sarah Allen Reed, who also contributes guest vocals on one of the tracks. Cassettes are still available for this destructive chaos. Go grab one.