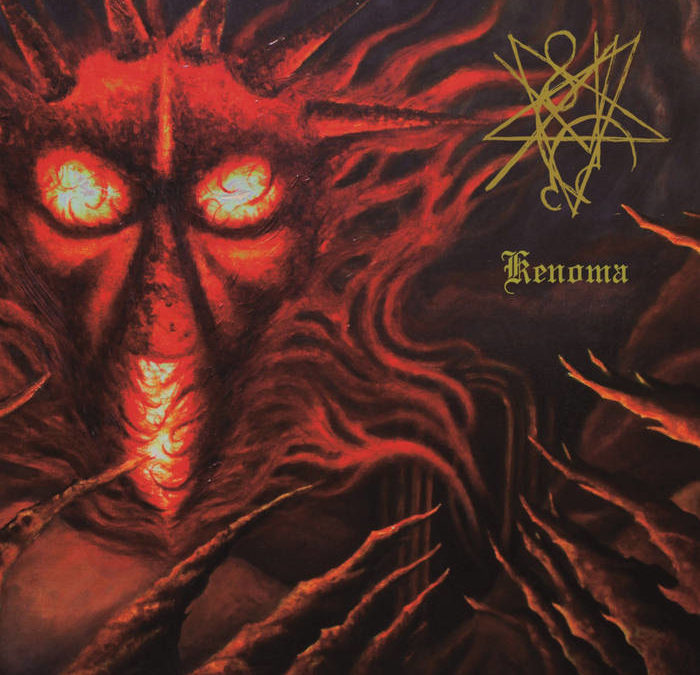 If Hell has a jazz club, Lucifer’s perhaps, it’s likely that Deveneror would be the house band. While I’ve often seen the work the duo creates on Kenoma compared to Deathspell Omega, the first connection I made was to jazz. Of course, I find it likely that DsO is also influenced by jazz. I guess the point I’d like to make here is that this North Carolinian project is not a clone of anyone. They will certainly appeal to fans of DsO and similar dissonant and chaotic projects, but they are entirely their own animal. The purr pure filth like Hell’s own lounge singer, and I mean that entirely as a compliment.

Kenoma features a multitude of left (hand) turns, strange audio pirouettes, and bizarre timing, but it sashays through them with the grace of a cloven hoofed dancer. The lava steaming out of the headphones pours forth like sweet, poisoned honey, even as it proceeds to melt flesh. Equally capable of a slow burn as a raging conflagration, Kenoma brings forth the fires of Hades in interdimensional droves, coming at you sideways, upside down, and inside out. Each listen to this album blindsides me anew, never letting me capture my breath, always giving me new horror to lovingly fawn over.

Who are these demonic overlords that call forth this apocalyptic soundscape? Those cascading waves of abrasive riffs, the explosive bass, the chaotic destruction of the drums, even the piano found at one point have NK as their maestro, weaving spells of utter destruction to march forth and obliterate your soul. The howls of torment that freeze the blood in your veins? That’s MR roaring forth, flaming trident in hand, viscera dripping from the tines.

Go ahead and plug your headphones in. Press play. Join the deep dive into destruction. The roadway to hell is paved with these molten chords.