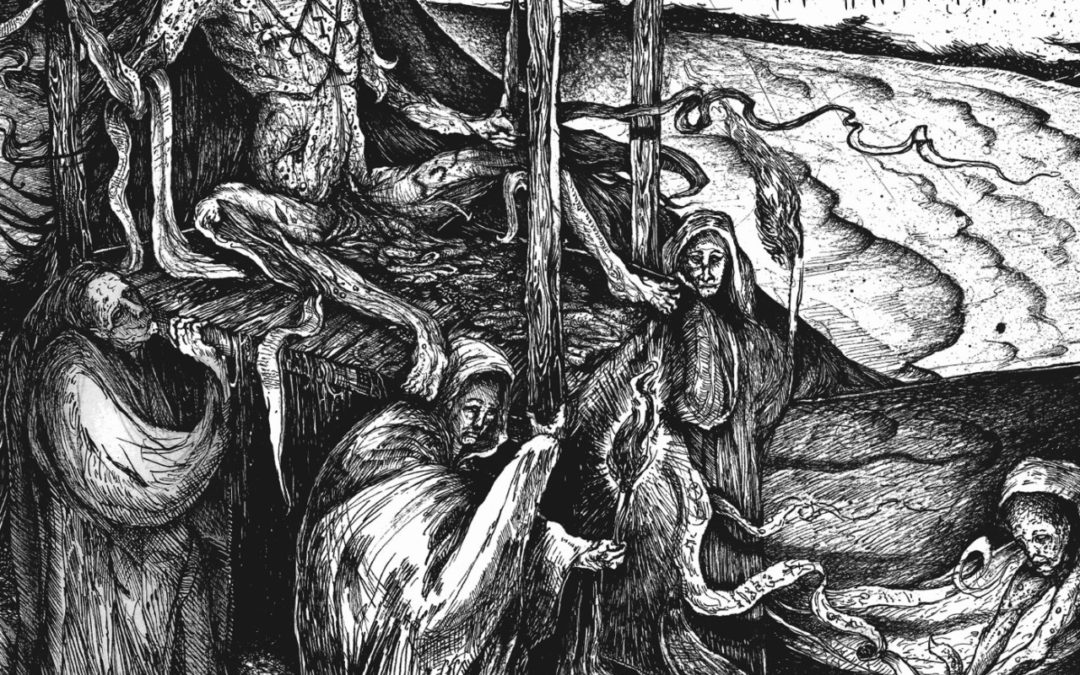 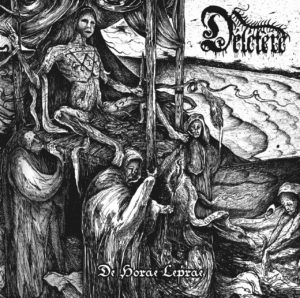 Second, Délétère means something like poisonous, or harmful in a medical sense. The plan here is seditious and destructive. Based on the layers of darkness woven together in this musical spell, the plan is successful. The album is dense, making it seem like it’s hard to access, but before you know it, you are utterly hooked into the pestilential refrains.

Third, on their second full length, the project has completely ‘blown the doors off,’ so to speak. The nine cantus found herein are massive in scope, layered with burning savagery, and abysmal in tone. The guitar work by Anhidar and G. slash and burn into your psyche with complex riffs whose only purpose is to crawl insect-like into your brain, lay eggs, and let their larvae consume you from the inside. The rhythm section of Antheos (bass) and Kaedes (drums) is the thorax of the creature, providing impetus to the crawling legs and buzzing wings of the beast. Swarming through it all are the vocals of Thorleïf. His style sounds like the pestilential locusts on ancient times, come to consume your crops, your house, your soul…everything.

Fourth, De Horae Leprae is a concept album. Specifically, it tells the tale of a simple man, a leper named Teredinis, with a specific fate. He will become a prophet of Centipèdes and also serve as representative of the Plague. Through this story, Délétère weave a powerful tale of darkness and rot. Vocals are presented entirely in the band’s native French, but the feel of the story shines through regardless of ability to decipher the lyrics.

Recommendation – Of course you want to support this. It’s Quebecois black metal at the top of it’s game.