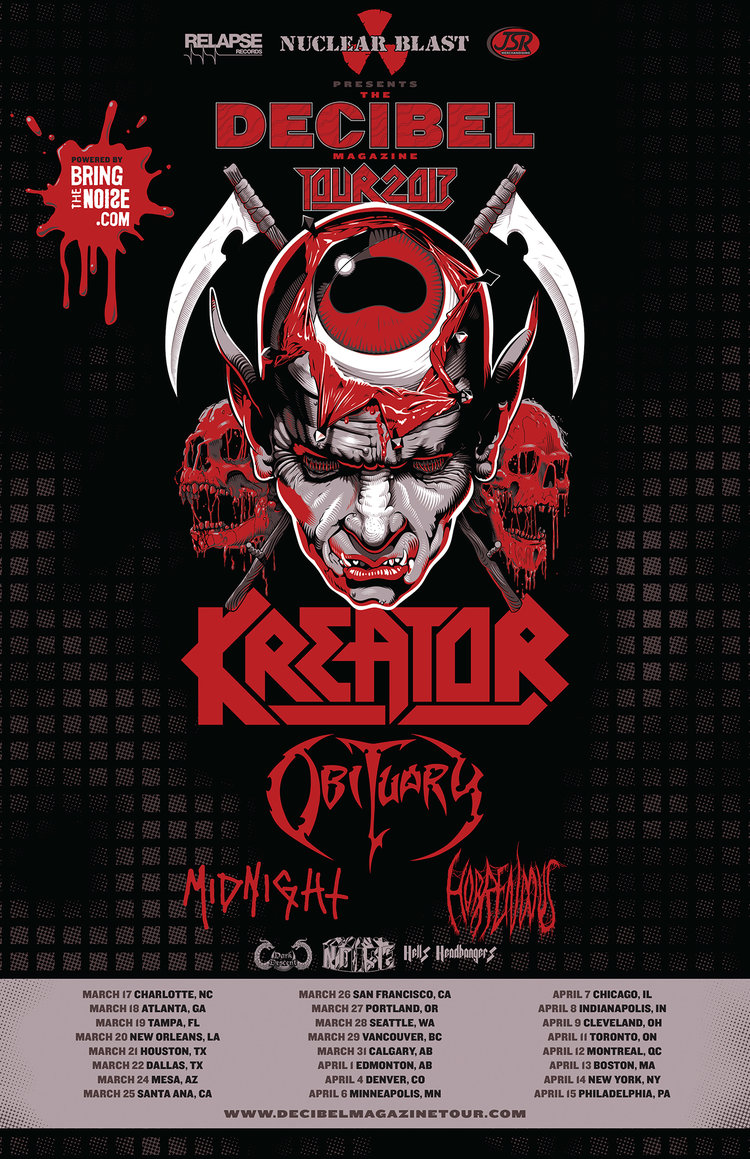 So, I was fortunate enough to head to see the Decibel tour on the Chicago day at The House of Blues. I must say I love this venue, the sound is fantastic. And the comfortable vibes are great as well, be prepared to pay a hefty parking fee and have PLENTY of time to find your parking spot. But the show is pretty worth all that. The food was actually pretty good as well.

Horrendous started off the night in brutal fashion, kicking right into the tunes. No games or stage show. Just pure metal. They did their thing and paid their respects and for back off. A short set, but very strong set in my opinion. 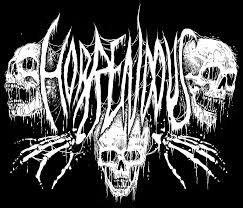 After a surprisingly short setup time, Midnight took over the stage. Kinda the same idea here, no stage show really, just right to the point and in your face. They’re not here to make any new friends, They show you what they’re all about and keep it very consistent. And a very good blend of their old and new stuff I must say. 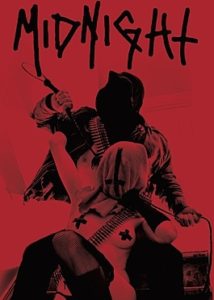 This was definitely a little bit more of a wait for setup time. However, I must say Obituary really stole the show in my opinion. Super crisp sounding, everything I wanted to hear pretty much. I thoroughly enjoyed this set. These guys really tore the roof off the place. Best performance on the bill in my opinion. 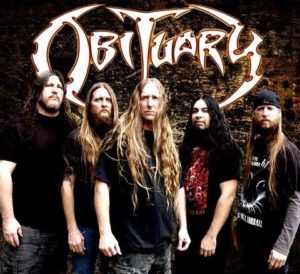 Kreator took the stage in headlining fashion. Picking right up where Obituary left off. And bringing the old school metal vibe you were expecting. Loud as hell and non stop til the last song on the set. Like the legends they are, they had a fantastic set. 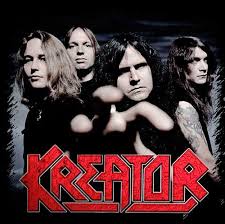 Performance rating 4.4 out of 5

DD: Alright, this is Deranged D from Moshpit Nation, popping in on the Decibel tour. I am here with…

Terry: The tour is doing great, Every night is packed. Kreator and Horrendous and Midnight are awesome bands. It’s a good tour, fans coming out and supporting.

Terry: It’s awesome, I toured with them back in 1990 when I was in Death, I’ve known them since then, and they’re a classic thrash band from Germany, so yeah it’s fun.

DD: Fill us in on your upcoming shows for the fans…

Terry: Tonight is a big one in Chicago, we’re doing Cleveland, Indianapolis, Montreal, Toronto, Boston, New York City. They’re all big for us.

DD: Plans for new material ahead, is there more stuff written already?

Terry: Well, we just put an album out March 17th, so we’re touring for that. It will take a year and a half to do all the touring cycle, so there probably won’t be any new stuff for a couple years.

DD: What was some of your biggest inspiration on this new material?

Terry: We always listen to classic material, Celtic Frost, Slayer, Hellhammer, these are our main influences as far as music goes. Mercyful Fate. That kinda all goes into our music, and also the fact that you wanna write a good record and be as heavy as possible, that’s always going into the mix.

DD: Have you guys made any big changes in the recording process with this new record?

Terry: Nope, we recorded it at Redneck Studios. It’s our own studio. We do it all ourselves. It was mixed by Joe Sincada, The only difference is Joe mixing it.

DD: Tell me about some evolution of Obituary since the beginning…

Terry: Started out from like 1984-85, in Florida, just some young kids, teenagers wanting to be heavy, they put out their first demo and got a record contract to Roadrunner, put out 3 classic records, Slowly We Rot, Cause of Death, and Incomplete. They just been steadily going since then.

DD: What’s your ultimate goal as a musician, or a band as a whole? And how do you wanna leave your mark in the metal industry?

Terry: Well, this is my 30th year touring in metal bands from Death, Massacre, Six Feet Under, Obituary. So I kinda feel like I’ve left my mark, and so has Obituary. We’ve toured the world everywhere you can tour. I mean, the one cool thing maybe, would be to put a record out that sells a lot, hahaha. With this day in age record sales don’t mean anything, nobody sells many records, We just keep plugging along and doing what we’re doing.

DD: You guys kinda carry the torch in death metal these days, is that something you you hear a lot, and how does that make you feel?

Terry: Of course. We get labeled as the “old-school classic death metal” sound, but I don’t buy that, we’re just a death metal band, and everything evolves. Metal has evolved now, you have metalcore and prog metal and screamo whatever the fuck you call it. We just stick to what we do.

DD: Being called that and told that, does that add any extra pressure when you’re releasing new music?

DD: Outside of music, what do you do to contribute to your creativity?

Terry: I’m kind of a farmer myself, so I have a lot of plants I grow at home. I have grandkids, that I love to be with, so that’s my inspiration when I’m not playing music.

DD: Tell me about some of the biggest struggles and challenges of being in an established band…

Terry: Well, everybody wants a piece of you, as far as like, everyone wants a cut of your merch, record label wants a piece of this and that. It’s a constant struggle on the business side of things to keep everything in line. Because after all, this is a business, we’re not 19 and this isn’t our first venture into the world. At this stage of the game, it’s about putting a good product out there and making some money.

DD: Tell me a little bit about a day in the life as a member of Obituary…

Terry: Well, it’s pretty boring most days haha. We get to a club, we hangout, listen to some music, we do soundcheck, listen to more music, do some drinking. That’s basically it.

DD: You guys seem like a fun, fan friendly group of guys…

Terry: Yeah, we are. If it weren’t for fans we wouldn’t be here. Because the fans are the ones buying your merch, buying your records, their the ones out there screaming for you. They’re the number one priority.

DD: Tell me a bit about your first gig with Obituary….

Terry: It was actually in South America, shortly after Frank was released from the band. They asked me to join and I did. It was in Ecuador, no actually Venezuela, which was great.

DD: Tell me some of your favorite venues to play other than at home?

Terry: Zero 13 in Amsterdam, any of the House of Blues are great, any of the classic clubs out in LA.

DD: Tell me about some of your gear…

Terry: I use Ampeg, I have for 30 years, 8×10 cabinets, SVT2 heads, right now I have a Grossman guitar I use with EMG pickups. And just go for it!

DD: Any advice you have for some upcoming bands?

Terry: Just all the cliche things, practice all you can, no one wants to go see you play if you suck. You’re not gonna strike a chord with anyone if you suck. Just play as much as you can, be professional, don’t do stupid shit. Try and get as many gigs as you can locally. Send your demo out to all the record labels. Just do it, you gotta be relentless at it if you wanna do it.

DD: What’s some new music coming out, some bands you really like?

Terry: I don’t listen to a whole lot of new stuff, I don’t know if it’s just because i’m jaded or too old, but I like a lot of older shit. Old bands that put out new records. I been listening to Watchtowers new one, I listen to Saint Jokers a lot, Thin Lizzy, UFO, Scorpions,

DD: What’s the biggest message you want the fans to receive from this new record?

Terry: Basically, he we are, we are Obituary, this is what we do, this is our style. Catch a groove with us and just ride it with us, ya know.

DD: What’s your personal favorite on this new record?

Terry: It’s just a great record, I can’t pick one song, because to me they’re all great. I’m happy the production sounds as good as it does, and that the songs are solid.

DD:  What is your favorite song to play live is?

DD: Who is your biggest dream to open for?

Terry: It’d be great to open for Slayer, I know they’re only 2/4 of what they were but still it’s Slayer. Celtic Frost, Morbid Tales lineup reformed. I always thought that would be great.

DD: If you could fill in any band, past/present, what instrument would you play, and what band?

Terry: Probably Motorhead, just step in and play a song or two on bass.

DD: What’s the best place to find merch, music, and any information you want on Obituary?

We have everything there, you can buy merch, CD’s, Vinyl, everything.

DD: Any final message you want to say to the fans?

Terry: Thanks for your support over the years, and hopefully in the future years. Thanks for buying the new album, we love you guys, and check us out if we come to a town near you.