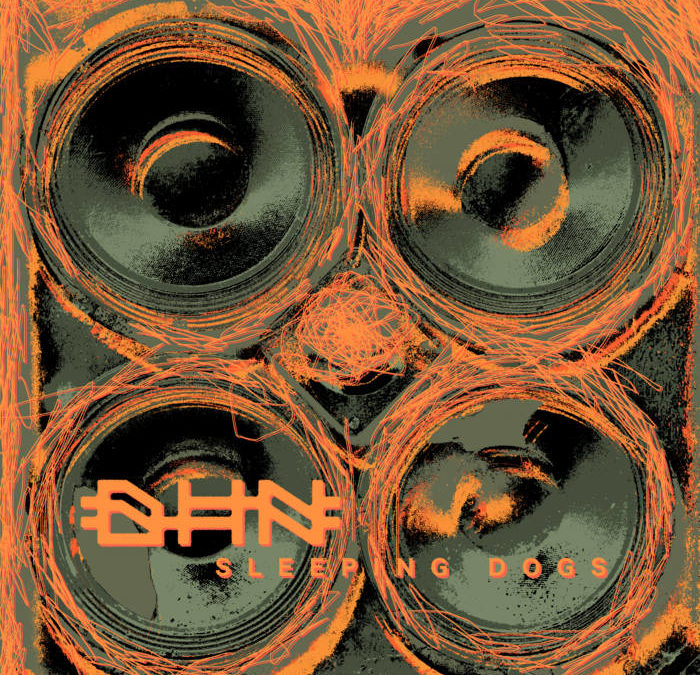 Dead Hour Noise has been making extreme basement punk since 2013. After seven years of perfecting their craft, the band sounds tight, confident, and ready to conquer the world with their debut full-length: Sleeping Dogs. The band seem to play every subgenre of punk, metal, and hardcore all at once without ever sounding muddled or excessively noisy. This is thanks twofold to the talent and chemistry of the musicians themselves and a brilliant mix/mastering job by Jason Roedel at Elm Street Recording in the band’s hometown of Lansing, MI. Go watch somebody play with a group of ferrets, now imagine the mathcore musical accompaniment. You’re probably not far off.

The album begins with choppy, rambunctious mosher in the form of “Scatter”. Instantly, the group’s ability to wield ferocity in one hand and momentum in the other is put on full display. In the modern internet’s musical landscape, there is a shortage of time and opportunity to grab a listener’s focus and Dead Hour Noise intends to make you pay attention. A post online advertising a recent house show (of which the band play many; DM them for details) advises partiers “ffs don’t spin kick people in the head or fuck up Ali’s house!” which is a reasonable stance, but also a shame because Sleeping Dogs is EXACTLY the kind of music you want if the mood is “spin kick somebody in the head and fuck up this guy’s house!” By the time the band gets into “Nerves” it’s clear that Sleeping Dogs is a special kind of album. Many other reviewers say the band’s performance here is reminiscent of a time in experimental hardcore when the rules were less established. They use words like “unfettered exploration” and “bouquet of riffage” and any listener would be hard pressed to disagree as Sleeping Dogs continues to surprise and impress with unexpected shifts in style and momentum.

That word comes up a lot when describing Sleeping Dogs: “momentum”. Dead Hour Noise are a talented bunch of songwriters, and their debut is a masterclass in shifting the rhythm and flow of their music so that even at its most dissonant it never feels like the listener is lost in the murk. The slow parts never drag on longer than you want them to. Every song compels the listener to move and conjures images of overstuffed basements full of sweaty punks and spilled beer. The variety of musical styles and influences on display here is truly dazzling as well. It’s my favorite parts of Dillinger Escape Plan, Botch, Kvelertak, and Converge. It’s dripping with elements of early sludge and black metal. “In Shackles” even has some cheesy 80’s solos crammed in for laughs. Later in the nearly-8-minute epic “Audience Joins Murder” there’s doomy plodding and chaotic noise. All of it delivered with a swirl of discordant anti-music that stitches together all of Sleeping Dogs’s disparate parts. Dead Hour Noise truly has something for everyone and Sleeping Dogs is the most bold, complete, and exciting debut I’ve heard in a long time.

Recommendation: Sleeping Dogs is truly special, and any band that can pull off something like this is a treasure. Go see one of their house shows before they get too big for that sort of thing!