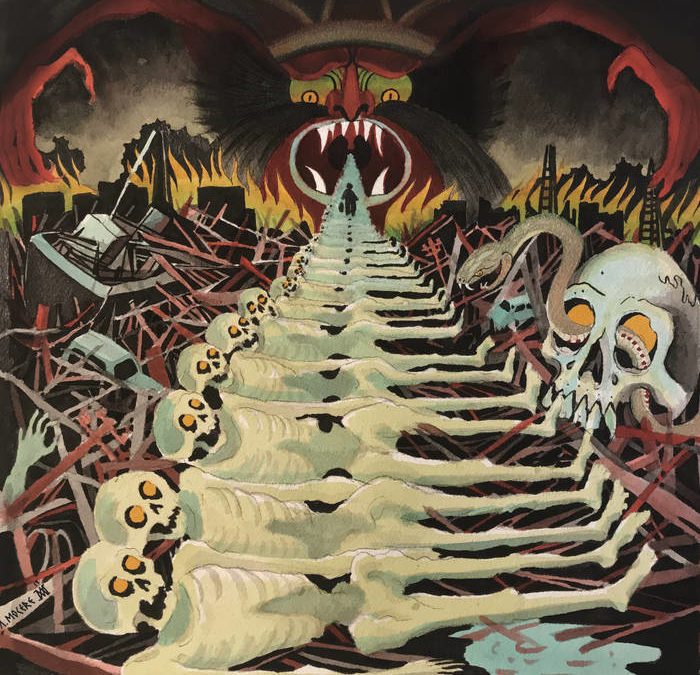 I had a discussion in a Facebook group recently with some fellow members where I stated that I couldn’t get into a particular album, because I generally didn’t like raw black metal. I did allow that there were sometimes exceptions. Allow me to introduce to you exhibit A of those exceptions. The seven tracks found on this initial offering by the enigmatic duo start at excellent and go up from there. There is really no weak moment on the album. dai-ichi is both moving and compelling.

Let’s start with the band. Little is known about the duo other than yūrei handles vocals and han kirisuto takes care of the instruments. We don’t know where they are from. They make no public statement beyond their music. In other words, to know what they are about, you must listen. I recommend you do this sooner rather than later.

Musically, the duo packs a serious punch. The production is certainly raw, but not to the point of obscuring the music itself. The musicianship shines through. The approach is relatively straightforward, with excellent riffing that manages to be melodic and ominous at the same time. The drumming is reasonably varied, especially for the style, but shows the ability to blast with the best of them. The vocals have some level of mechanical reverb and distortion effects, but are also harshly caustic.

Unrelentingly feral, listening to dai-ichi is akin to being stalked by a predator in the wild. They haven’t caught you yet, but when they do, you already understand the savagery that will ensue. Much of the album is mid-paced, giving that ominous sense of something watching you, something tracking you. The outcome is inevitable. To quote the Bandcamp page: “no statements || death is real || death is coming”.