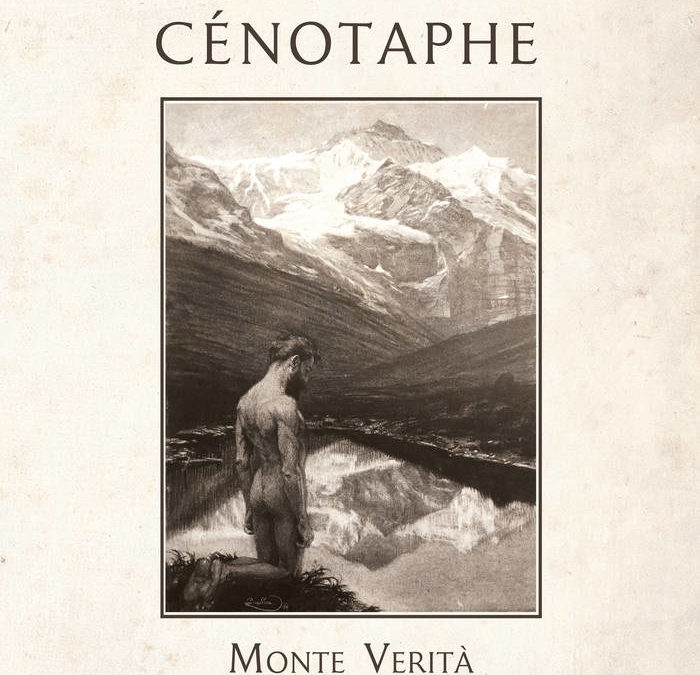 As things go along in these uncertain times, it’s essential to give something that people can feel a sense of formality and comfort. It’s a stretch to assume, but Cénotaphe is here to deliver an album, which is a black metal masterpiece, that will satisfy a lot of people. No matter if you like your black metal straightforward, or if you like yours a little bit more unconventional, Cénotaphe is here to bring you something that you will love. You will love it, yes, but not just momentarily. It is something that will stick in your playlists for times to come. Cénotaphe hails from France, which is rich in phenomenal black metal, and they definitely have cemented their name among the greats. With this being their first official full length album, the bar is set high right off the bat. I am pleased to present to you Monte Veritá.

Monte Veritá is a steady journey with eight tracks clocking in at just a little over forty-five minutes. During this adventure you feel the highs and lows of methodical french black metal. Fog, who has been in a plethora of other projects, wrote the music all the way back in the spring of 2018. It wouldn’t be until the summer of 2019 when Khaosgott would write and record the vocals. Now, a year sounds like a long time of a gap, but I would like to imagine that Fog critiqued the instrumentals of this album during the gap. The music itself is perfectly done with guitar riffs that rip from the beginning, drumming that solidify the whole experience,giving this music such a delivery that it is impossible to ignore it’s force, and bass grooves that follow their own path to the final destination of this journey. When you combined all of these attributes, you get an atmospheric album that will take you away to a foreign place, yet the music makes it feel so familiar and comfortable. Now I’m not trying to discredit Khaosgott, because it’s his vocals that seal and bind the whole experience. If you like your black metal to carry emotion without it being overbearing then Cénotaphe is the band for you. The deliverance of power and conviction within the sound of his vocals is astonishing. I’ve listened to this album at least twenty times from front to back and the first thing to stick out and grab my attention was the driving force behind the vocals and the sounds that were portrayed, whether it was a tortured scream or a more traditional pagan like chant or form of singing. All in all, what I’m trying to say is that this album is nothing short of a masterpiece.

Monte Veritá was released by Ossuaire Records in France, and Nuclear War Now! Productions out of Los Angeles, California. February 12th, 2020 was when this album was released and has been causing a stir in the black metal community ever since. It was a pleasure receiving one of my favorite album from this year to review and I hope everyone reading this will enjoy this album as much as I do. Don’t forget to follow MoshPitNation to keep up with current metal releases and the scene/culture.