Carnis Immortalis – The Ecstacy of Death 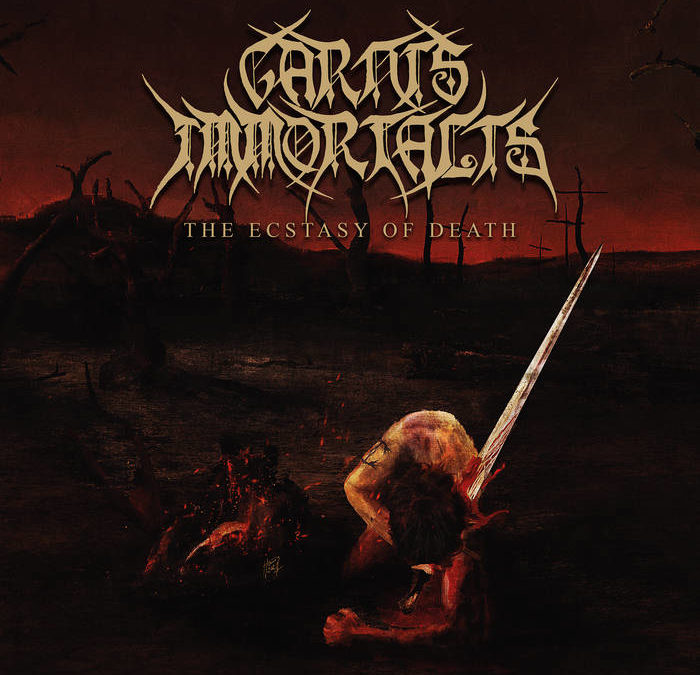 Album – The Ecstacy of Death

On their debut Self-Titled album released back in the glory days of 2018, Carnis Immortalis gave us a taste of the massive vision the band holds. I like that album a lot. There are so many interesting moments, lots of wild riffs, and new patterns of brutality in the ways they put things together. Listening to that album did nothing to prepare me for the monster that is The Ecstacy of Death EP. The 2018 release was clearly a well done debut, but a debut nonetheless, and all that implies. This latest offering sounds like a band that has been honing its sound through ten years and seven albums, a complete offering from start to finish, and it goes beyond a much more professional mixing job by bassist/vocalist Kyle Wagner, along with Joe Cady (who also handled mastering duties). Quite frankly, I’m a little shook by how intensely good this album is.

Above, I listed the Michigan quintet as Progressive Death Metal. Metal Archives has them as Black/Death Metal. I can see both, but neither of them tells the full story. This is maybe ‘kitchen-sink’ metal, given all the influences, from slam to jazz and back again, to be found herein, except that makes it sound too random. There is a clear journey through the six tracks of the EP, though the journey takes a ton of unexpected twists and turns. I had to buy a neck brace for repeated listens thanks to the whiplash. The journey is a seamless evolution, devolution, explosion, implosion and more, of sound carefully (if strangely) structured to disorient, in order to pull the listener deep into the void.

The band is currently made up of Shane Baker (drums), Wagner (mentioned above), Craig Kirk (guitars), Erik Partin (guitars), and Jalen Wallace (vocals). Every piece is individually top-notch, but they all piece together such that the final product is greater than the sum of its parts. From varied barks, roars, screams, and howls on vocals, to intelligent and interesting riffs, to complex, pulsing rhythms, each part evolves, intertwining together to weave a strange, alien tapestry of extreme metal obliteration. With only two releases, this band is still young. Now is the time to get in on the action. You can say you knew them when…