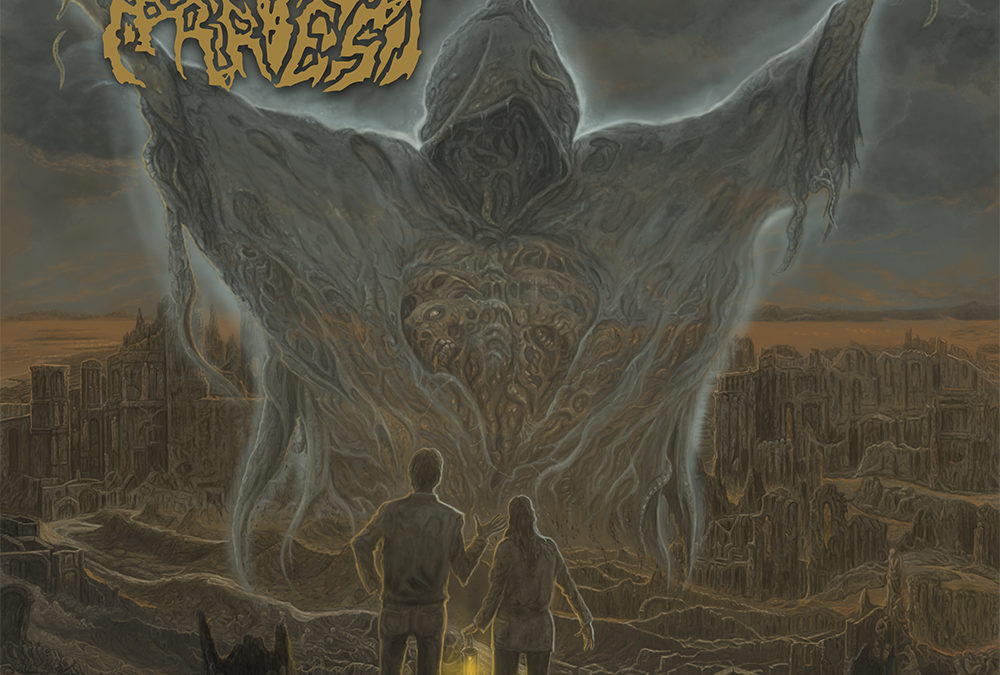 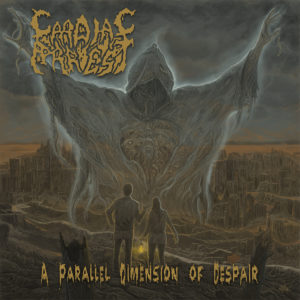 Album – A Parallel Dimension of Despair

Somehow I missed this one on the first time through, and I’m kicking myself for the wasted months. We here at MoshPitNation receive so many promos that it’s hard to listen to and keep track of them all. According to my email, I received the advance promo back in the middle of March, but it wasn’t until my buddies in Centenary started talking the band up in advance of their Lansing show together (last Friday, and it ripped), that I clued in and took notice. Oh well, better late than never as the saying goes.

On their sixth full length release and with two plus decades of experience, you could expect the album to be solid top to bottom, and you’d be right. Even Nick Gallichio (drums), the most recent addition, has been with the band seven years. Tom Knizner (guitars, vocals, 2006), Dave Holland (bass, vocals, 2005), and Adam Scott (vocals, guitars, the beginning of time) round out the band. Such a veteran line-up does tend to lead to consistency, and Cardiac Arrest amply prove the point on this release.

Allow me to make my case: First, the rhythm section of Gallichio and Holland is rock solid, whether blasting or filling. The percussion is manic, but well controlled nonetheless. Complexity and variety is not sacrificed for sheer speed either, as the back end duo is perfectly capable of slowing down to a head bang compelling groove. Second, Knizner and Scott work together to create filthy, rock solid layers of riffs that call to mind the glory days of underground death metal. The six-string duo aren’t afraid to throw in some thrashing or tremolo either, and Scott is perfectly capable of throwing down a nasty solo (with his teeth at one point in their live set). Third, vocals are growled, spat, barked, and rasped with a variety that goes way beyond the world of a certain blue monster so often derisively called forth for comparison. Oh, if only more death metal bands knew that variety doesn’t mean a loss of harshness. Fourth, the composition of the whole is brutally vile and compellingly tight. This is one hell of a release by one hell of a quartet of musicians.

Recommendation – For me, slow burners When Murder is Justified and This Dark Domain are the best of the bunch. The whole album worthwhile, but Cardiac Arrest is apparently particularly exceptional with the slow burn, a point proven by their live rendition of Rise! Part Man/Part Beast, a slow burner from their prior album, and the best song of the whole night last Friday.