Caïna – Take Me Away From All This Death 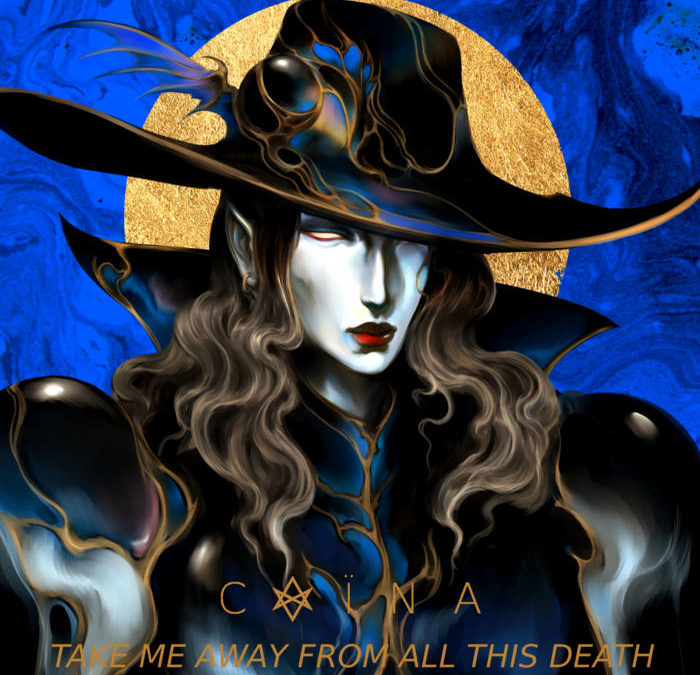 Album – Take Me Away From All This Death

Caïna have been on my radar since their 2017 split with Cara Neir (a long time favorite). Or rather, I should say he has been on my radar since that release, as Caïna is Andy Curtis-Brignell, a UK artist formerly involved with Crowhurst. I have to say that this project is weird. I hope you fully understand that I mean that as a high compliment. More projects should be weird. Is it industrial? Yes, certainly, but sometimes no. Is it post-punk? Why sure, but also not always. Is it noise? Well, that depends on what moment you’re listening to.

One thing is certain: Caïna is prolific. Take Me Away From All This Death marks the ninth full length and thirty-third (!) overall release under this moniker, and I’ve already received the thirty-fourth (a live Roadburn performance). Those releases are a combination of every type imaginable, from EP to split to single to live album to compilation. It’s all covered. Another thing is certain: you will never know what to expect next from Caïna. There is so much experimentation and evolution in his work, you will always be off balance.

Take Me Away From All This Death is, like the career of Caïna, a journey through a varied landscape. You start out with some post-punk leaning light industrial, into a harsher, more aggressive industrial sound, through droning audioscapes, into a beautiful near-dungeon synth atmosphere gone clubbing…and that only gets you halfway through the album. If there’s one consistency, it’s that Curtis-Brignell likes to play with the gloomier side of electronics.

On Take Me Away From All This Death, Caïna proves once again that the project is a consistent force to be reckoned with. Through a kaleidoscopic filter of electronic doom and mayhem, he explores the dark side of life. The album is equal parts beautiful and abrasive, yet is always viscerally emotional. I would say congratulations to the artist, but this is no less than what I’ve come to expect from this project.