Bull of Apis Bull of Bronze – Offerings of Flesh and Gold 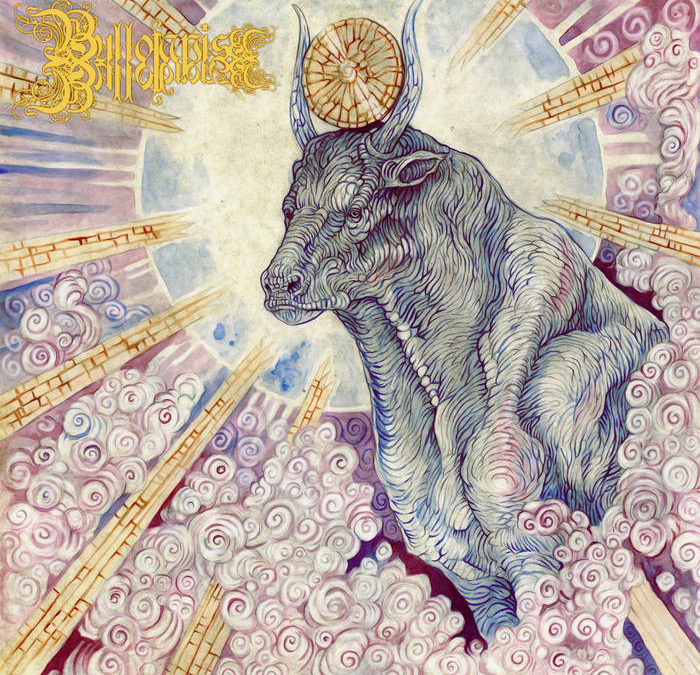 Album – Offerings of Flesh and Gold

If I’m honest with myself, I’ve been avoiding attempting to write this review for a long time. I’ve come to understand, in the last half decade of reviewing, that there’s a sweet spot for reviews, as for much else in life. If an album is only so-so, or worse, it’s hard to write a review, as there just isn’t much to say. I’m at a point where those types of albums don’t get reviewed. Sometimes another writer will hear an album differently and write a great review, and really, that’s part of the beauty of music. Lest you think I’m calling Offerings of Flesh and Gold mediocre, let me tell you about another type of album that is difficult to review. I’m talking about those superlative albums that are so intensely good, that they essentially leave me speechless. The debut by Bull of Apis Bull of Bronze is just such an animal.

Bull of Apis Bull of Bronze is a trio of artists who openly oppose hierarchies and seek to uphold the downtrodden both in their music, and their lives. They are Athshean (guitars/bass), Achaierai (vocals/keyboards), and Yaeth (drums). Offerings of Flesh and Gold is an immersive experience, black metal at its core, with elements of ambient, dungeon synth, spoken word, and more. The roughly forty-six minute opus was my album of the year for 2019 and, I will add, is certainly my number one album of the last decade. Though only three tracks long, the album takes the listener on an intense, visceral journey into the darkness of modern society. As I’ve sometimes done when I struggle to find the words to coherently explain an album to my readers, what follows is a brief piece of fiction inspired by the album.

The man in the suit couldn’t believe it. He stared down from his office at the warehouse floor, trying to seek out some movement, some activity, some sign that what he knew deep down to be true, wasn’t actually true, but there was none to be found. Five minutes ago, all had seemed well. He had been sitting at his desk, humming along to Beethoven streaming from his laptop, looking at the very positive quarterly projections, and beaming within. He might even be promoted! And then he has slowly started to notice something. It didn’t happen all at once, but rather he slowly found himself less able to focus on the task at hand. He had looked up, tried to puzzle out what was going on, but then turned back to his work. And then it hit him. The silence. The lack of any noise at all coming from the warehouse floor. No forklift. No shouts of workers. Nothing. And so, he had come to the window. And now, as he gazed down in confusion, he had no idea…

Elsewhere, in the downtown of the small city which housed the above warehouse in its industrial district, the streets were packed. Workers from all over the city stood shoulder to shoulder, fists raised in solidarity or arms wrapped about each other’s shoulders, as they pushed forward to hear another of the many impromptu speeches. The speaker who had their attention right now was telling them that similar walk-outs were happening all over the nation, in too many cities and towns to list. The call for a general strike had been heeded and if only (she said) they could stick it out, help each other out, stay strong, and strike together, then real change could be made. Roars of approval swelled from the crowd, growing larger by the second. With tears rolling down her cheeks as she handed the bullhorn to the next hand in line.