Bull of Apis Bull of Bronze – O! A Smile of Blood! (World Premiere) 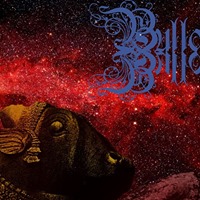 Bull of Apis Bull of Bronze is a new occult ritualistic black metal project formed in Colorado. Sometime soon, we will be presented with their debut. Until then, MoshPitNation is proud to present to you the world premiere, the first public stream of any music by this new project. Below, you can read the Artists’ Statement of Intent, then click play hear the opening salvo of this important new project.

“The only thing higher than our spirits are the flames.”

Bull of Apis Bull of Bronze is a collective against hierarchies, and the power structures that divide and separate humanity. The power that you feel inside you should be focused as a knife point into the hearts of those that only know how to consume, and those that live off the backs of the downtrodden.

With “Offerings of Flesh and Gold”, we seek to bring light to they who exploit, corrupt, extort, and murder struggling workers. The single mother who holds down multiple jobs and and can’t afford health insurance. The student who takes a career solely to pay off the loans that got them there. The farmer who loses their government subsidies to factory farmers and clear-cutters. The person of color who feels they cannot safely walk the streets because a government doesn’t have the goddamn spine to condemn white supremacists who kill for their beliefs.

The systems that keep these people living in fear and preventing them from bettering themselves are the enemy.

We aim to use the frustration, anger, and horror of our time to pursue meaningful change. Black metal is about power. That fire in your belly can be harnessed. It can be pointed in a direction that moves us forward. That is what we hope to accomplish.

“We will melt the thrones to cast bowls and spears.

So man may know the true god, themselves.

And none shall ever go hungry again.”

Bull of Apis Bull of Bronze

Listen to Bull of Apis Bull of Bronze – O! A Smile of Blood! (Excerpt)