Bog Wizard – From the Mire 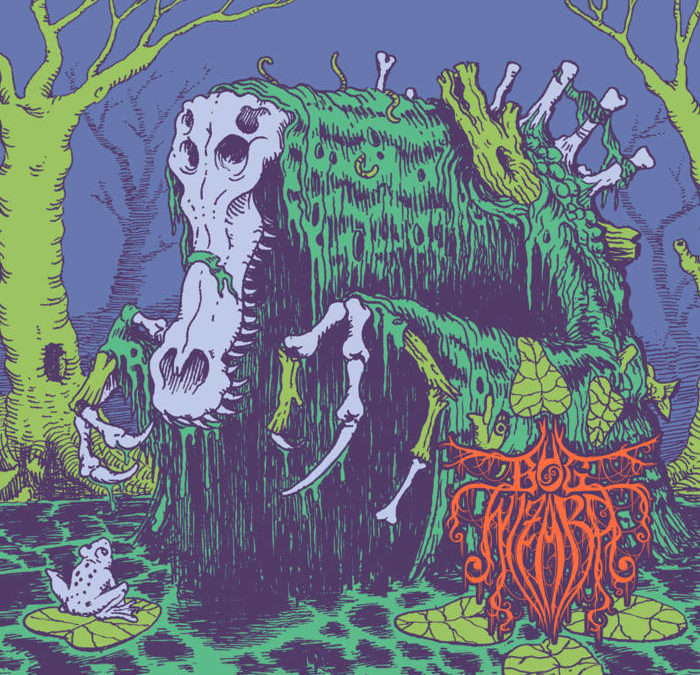 Album – From the Mire

“Come for the Dungeons & Dragons. Stay for the didgeridoo.”

Bog Wizard has all the trappings of a great doom band. They sound like something between Electric Wizard, Intronaut, and The Sword. They write good riffs, have a diverse array of vocal styles to choose from, and they don’t take anything too seriously. They sing songs about their D&D campaign. When I saw a track called “Tarrasque” on their debut full-length From the Mire, I knew I had to check it out.

The album has an impressive twelve tracks, most of them above the five minute mark. The amount of work involved in making such a large piece of art is considerable, and it’s obvious that Bog Wizard put in all the blood and sweat along with the long hours; the song structures are large and intricate, the riffs are catchy and interspersed with complex chord melodies, and the vocal performances are impressive throughout. The band’s drummer, Harlan Linke, mixed and mastered From the Mire with help from Colby Lowman. The Bandcamp page lists the album as having been recorded at The Staggering Paladin, fitting for a band that could tell you all about modified constitution saves and rolling for initiative. Linke’s work behind the boards is as adept as his work at the drumkit, and the album never sounds overly distorted or unbalanced. The myriad of tones, from clean Opeth-y bridge on “Shapeshifter” to the “drop-A tuning” chugs at the end of “Gnarled Cane” are all represented well.

The pacing on Into the Mire is as dynamic as the musical composition. It gets a bit long and ponderous in the middle, but tongue-in-cheek thrasher “The Orange Goblin” is much faster and more fierce than its surrounding tracks. The lyrical content on a whole has a recurring anti-authoritarian theme, but evil overlords are a common boss type in D&D and usurping them is part of the fun. There are a number of instrumentals, but they each feel well thought-out and like they serve the greater narrative of the record. Also enhancing the narrative experience is the use of atmospheric sound effects, mostly between tracks, to tie everything together and give it an extra layer of polish. Bog Wizard still sounds like an underground act on From the Mire, but they also sound ambitious, hungry, and capable of some truly great material in the future with a little more experience.

Recommendation – This one’s a bit of a doozy. It’s long, and it doesn’t always hold your hand to keep you centered or focused on what’s going on. It’s an impressive feast of doom metal, but you might struggle to finish the whole thing in one sitting