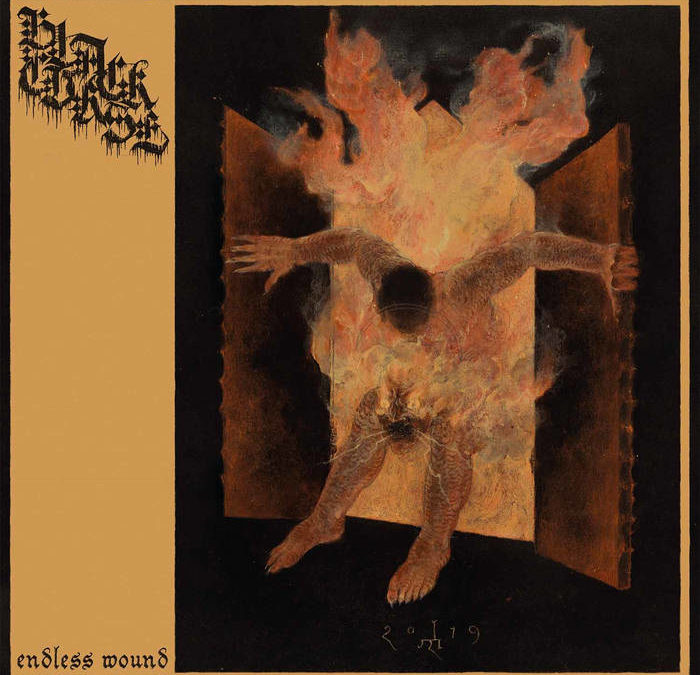 Black Curse, something of an underground extreme member supergroup, featuring members of Primitive Man, Blood Incantation, Spectral Voice, and Khemmis. Quite honestly, I expect very little of supergroups, but I think this was maybe more of a coming together of like minded musicians, regardless of how it’s being billed.

According to both the promotional material received and Metal Archives, Black Curse is a death metal band. I can understand that, but this is almost War Metal. It’s that brutal, that heavy. I have not heard their prior demo, not the demo they released under the name Maliblis, but the quality of this album gives me a clue as to why it was so highly anticipated.

All the oxygen is sucked out of the air when you put this on. The riffs are harrowing and brutal. Drums crash and crescendo, blunt force trauma for your mind. The bass provides concussive blasts of destruction. Through this wasted landscape, the vocals roar and scream, yell and call forth doom. Endless Wound is a sentient force primed to call forth the apocalypse in sharp, brutal terror.