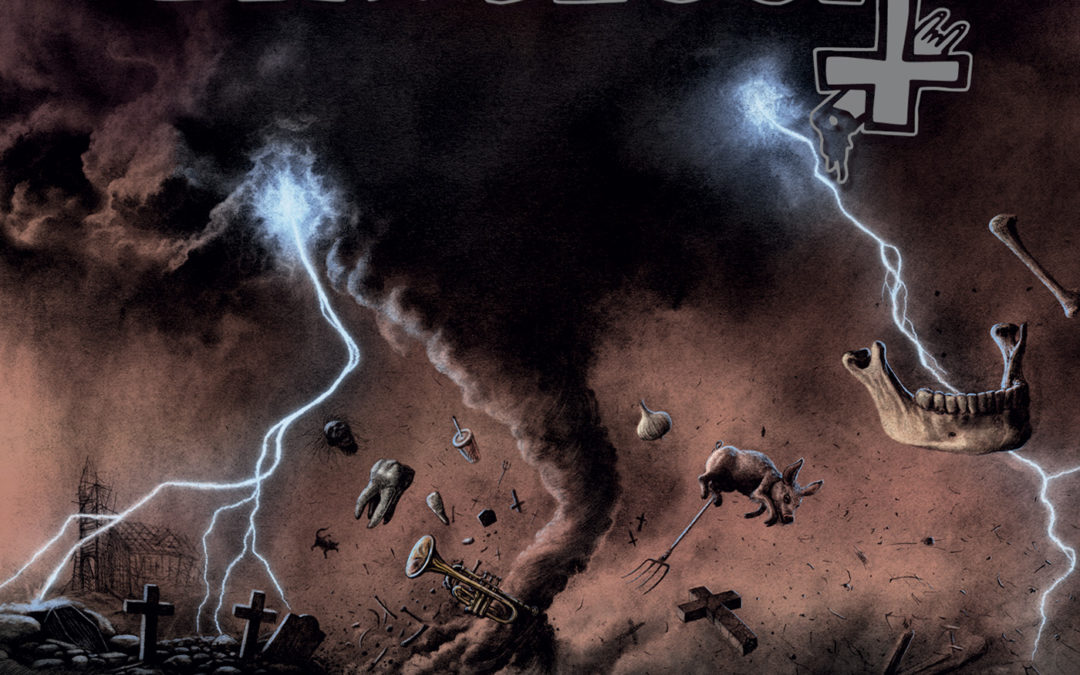 Birdflesh is back! More than a decade after their last full length, the Swedish grind trio presents us with 24 tracks of their particular brand of the bizarre and hilarious. The shortest track runs a 9 seconds, with the longest track rolling in at a whopping 2:10. Even still, the tracks seem full, not just cut short for the sake of grindcore rep. Here, in their 27th year, the band continues to write dynamic, headbanging destruction that doesn’t take itself too seriously. Track titles like Bite the Mullet and Botox Buttocks should give you a good sense of the fun these guys have with their music.

Extreme Graveyard Tornado marks the bands fifth overall full length and first in just over a decade, though they’ve supplied fans with three splits and a live album in the interim. The current lineup features Smattro Ansjovis on drums, who has been there since the beginning. His pummeling mid-tempo (for grindcore) attack drives the pace without overwhelming the tracks. Panda Flamenco has been with the band since 2007, and handles bass duties. The aggressive groove of his bass lines give the tracks a rolling thunder that gets this reviewer’s head banging. Every time. Finally, Count Crocodelis has been “swinging the axe” since 2011. His manic riffs are the savory sauce over the meat provided by the other two. Who is the vocalist you may ask? Why all of them, of course.

I will admit that I was pretty excited to get my ears on this one, and I have not been disappointed. The album is a ripper, chock full of riffs and blast, thundering bass, manic yells, screams, and bile, a pinch of humor, and some well placed samples. Simply put, Extreme Graveyard Tornado is a masterpiece of thrashy grind, with a side of inappropriate giggles.