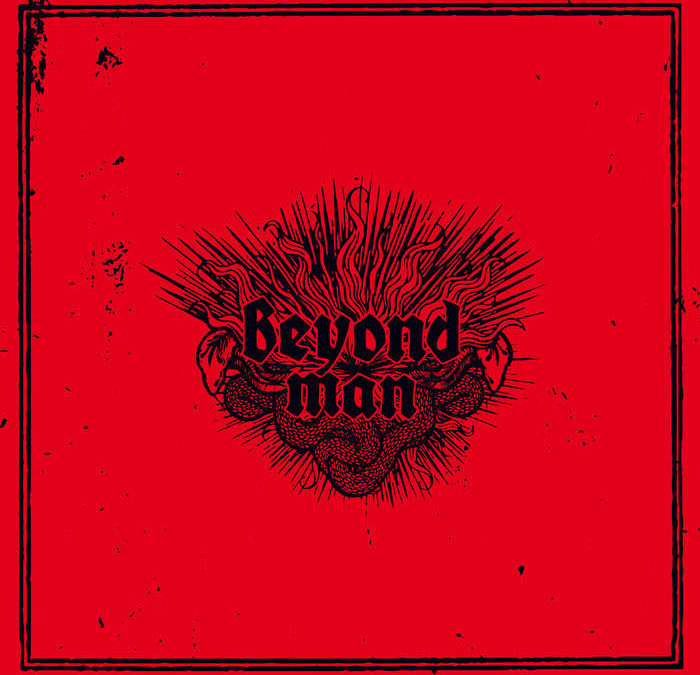 Alas! The moment a lot of us black metallers have been waiting for! Beyond Man releases their debut, and it’s nothing short of a scorcher. We’ll get into that in a moment, but for those who aren’t familiar, Beyond Man is a 4 piece project from Trondheim, Norway. A two-song demo cassette tape was released in 2008, then poof! Gone. Now, in 2021, Beyond Man is back to let the world know its screams and to make its name known in the prolific Norwegian black metal scene.

Beyond Man starts with a somewhat terrifying intro, short and sweet, before you’re thrown into track two, Helel Bem Sahar. Instantly you find yourself in the lake of fire where the blackest of metal is felt at its pvrest. Shredding away at the skin, the drums and guitar riffs soar fast and menacingly, but don’t let fool you into thinking this is a one-trick pony. Different variations on vocals can be heard, as well as different styles on drums and strings with a nice tight groove carrying its own weight, and we’ve only finished track two! Now as the album unfolds you start to understand Beyond Man as a complete unit. Track three, Art Beyond Man, was a single released last year. It gave us all the taste of venom that we’ve been anxiously waiting for. It’s the kinda thing where you don’t know you’ve been needing this until it’s there. Art Beyond Man carries the same similarity, as in different variations to bring you to the end of the rope. Is that an oxymoron? For your similarity to be variations? Anyways, by this point, we’re all in for the ride as we’re waiting for the twists and turns. But do you want to know one thing that stays trve through all of this? It being 100% metal through and through, black metal to be exact. And it has such a “big sunglasses” vibe as Fenriz would like to say, it carries the FTW attitude without having to overinflate it to make sure you get it. All in all, this is a rebellious fun record and it’s especially for the rowdy and reckless. Let the flames burn high as we ride through the night. Let the stars be the maps as our iron horses bring us closer to midnight’s debauchery. Raise your glass of whisky or beer to the full moon as the Norwegian Cowboys from Hell finally defile us with their and music.

Beyond Man was released on June 21st, 2021 through The Sinister Flame and can be picked up on CD or digitally. Make sure to give both the band a like/follow to keep up with news on future endeavors.