Beast in the Field/Hellmouth Split 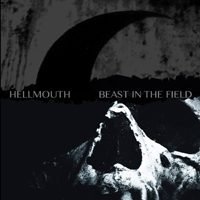 Band – Beast in the Field/Hellmouth

Beast in the Field side:  Graves of Blood and Tar, the single track found on this side of the split is heavy as hell. This, of course, makes sense, as Beast in the Field always played riff heavy doom, with emphasis on heavy. The duo of Jamie Jahr (drums) and Jordan Pries (guitar), somehow make two people sound like fifty elephants. I’m generally not a fan of music without vocals, but that generalization has never applied to these guys. The music speaks for itself. The biggest let down with this release is that the band is no more. R.I.P. heavy.

Hellmouth side:  One of my all time favorite Michigan projects, this Detroit quartet again brings the bile. Their vicious blend of hardcore, black metal, grindcore, and hatred always gets the righteous anger flowing in my blood. Their two contributions to this split, Black Times and Void Winds, are no exception. Whether war, religion, or society, their take is bleak and bitter. Long live the King!!!!

I couldn’t find any stream of this release, so here are a couple other older releases to check out:

Recommendation – Yes you want this!