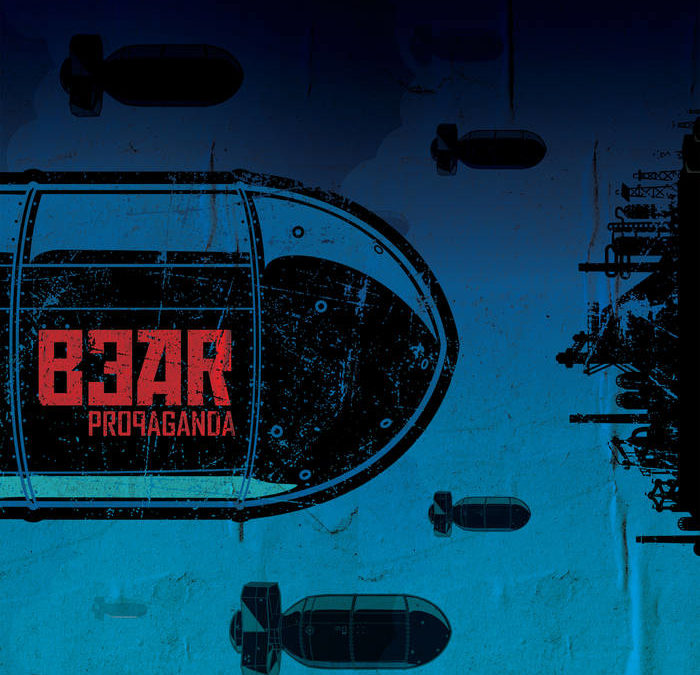 Propaganda by BEAR (or B E A R depending on the streaming service you use) is the fourth album by the four piece Belgian band. The album draws from a very wide spectrum of metal mostly comprised of hardcore/djent and death metal, but throwing in sprinkles of Nu, groove, thrash, and even a hint of black metal for good measure. Propaganda is their heaviest album to date and the heavy tone matches the lyrical theme of propaganda from a brutal dictator very well, dipping into lighter moments as the dictator appeases his masses before punishing his followers with crushing riffs.

If I had to describe their sound, well, picture this if you will. After The Burial and Avatar have a baby, the baby shares a daycare with Periphery and Meshuggah, and is babysat by Testament on the weekends. That baby grew up to be BEAR! I’m not sure that quite describes it but it’s the best I could come up with.

The music manages to be chaotic without transitions being jarring. Gutter Love in particular swaps from a Nu metal opening to a death djent verse before moving on to a death thrash chorus within the first minute. It flowed so seamlessly it left my brain screaming “HOW?” after the switch back to nu metal brought me back to earth. Clearly, ten years of experience together as a band have gifted BEAR with a superb level of polish. Musically, Propaganda keeps my attention, doesn’t bore, and makes me want to f***ing mosh! It doesn’t matter what genre they are tapping into because every hook is downright infectious.

The lyrics are a standout on the album, taking on serious themes of propaganda from an evil dictator or corporation, with just enough tongue-in-cheek to entertain without making me roll my eyes. It isn’t uncommon for bands to address politics directly, but BEAR’s focus on the propaganda machine instead of current events helps ensure the lyrics won’t be dated for years to come. With all the fake news, corporate lies, and scandals swept under the rug throughout history and currently happening throughout the world, the musical brutality is well deserved.

Vocally, the tone is very similar to Avatar, especially in the screaming but with less nasally singing than Avatar has. It’s a far cry from the more Dillinger-esque vocals on their first album Doradus. At first I thought they might have had a singer change, but if you listen to BEAR’s discography in order you can hear the evolution of his voice.

If I were to give this album any complaint, it’s that a few of the riffs sounded familiar, especially in the djent sections. To be fair though, there’s only so many patterns you can play on an open string, so this gets a pass.

Overall, if I were to describe Propaganda with one word it would be “stimulating”; the lyrics made me think, the music made me move, and I was never bored.