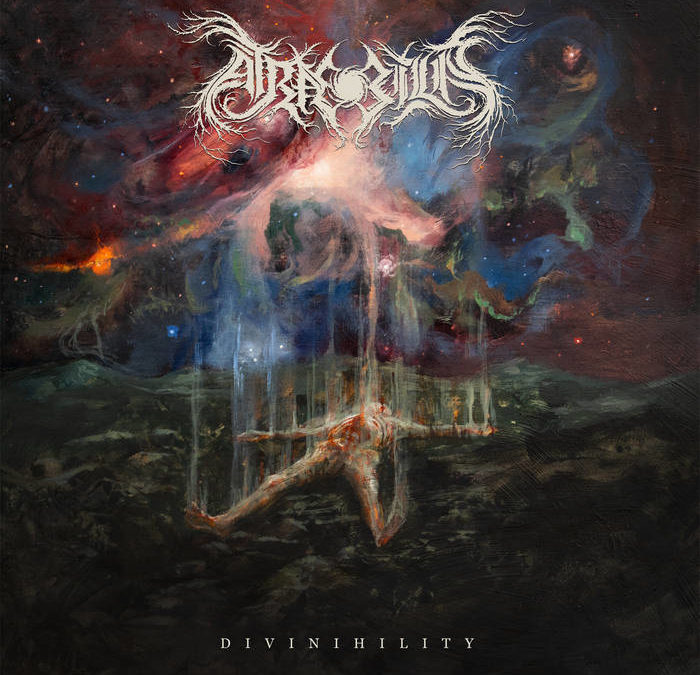 To be honest, two terms that have often meant that I am unlikely to enjoy an album are the genre designations “technical death metal” (too often soulless wankery) and brutal death metal (too often chugging monotony). The added adjective “dissonant” gave me a little hope, because, as the kids say, dissonant metal is my jam. The odds seemed to be two to one against enjoying it.

As fate, or rather exceptional songwriting, would have it, I actually love the album. Have spread six tracks over a relatively brief twenty two minutes, ensuring that they don’t overstay their welcome. This is, after all, deliciously difficult music. While I could stand a little more length – I think another ten minutes and two tracks would have been an excellent addition – I can see the importance of leaving listeners wanting more, which is exactly how I feel every time the final notes ring. The result is generally hitting that play button again.

So, what exactly is going on here? Well, lots, but I’ll try to pin it down a bit. First, the claim that the music is technical. Certainly true, but they play the technical aspects in such a way that they defy my above expectation. The best in the style are able to do this. I most often see this when a variety of sub-styles are blended, as I see here. Second, the claim that the music is brutal. Well…there are brutal parts, but the album doesn’t actually strike me as Brutal Death Metal as a genre distinction. These things are subjective, and I can sort of see it, so it’s not worth belaboring the point, but I wouldn’t have picked that label out myself. Third, the claim that they are dissonant. Absolutely! To my ears, this is where the band shines. The technical aspects and the dissonance are part and parcel of the same beast, complementing each other with a vicious beauty.

Divinihility is a brief masterpiece of angular, chaotic mayhem. The actual musicianship by Brendan Campbell (bass), Jordan Berglund (vocals), Luka Govednik (drums), and David Stepanavicius (guitar) is loose, but flawless. The riffs zig and zag in a controlled chaos over the rumble of the rhythm section, all while Berglund belches volcanic destruction through the microphone. Do yourself a favor. Allow yourself to be pulverized.