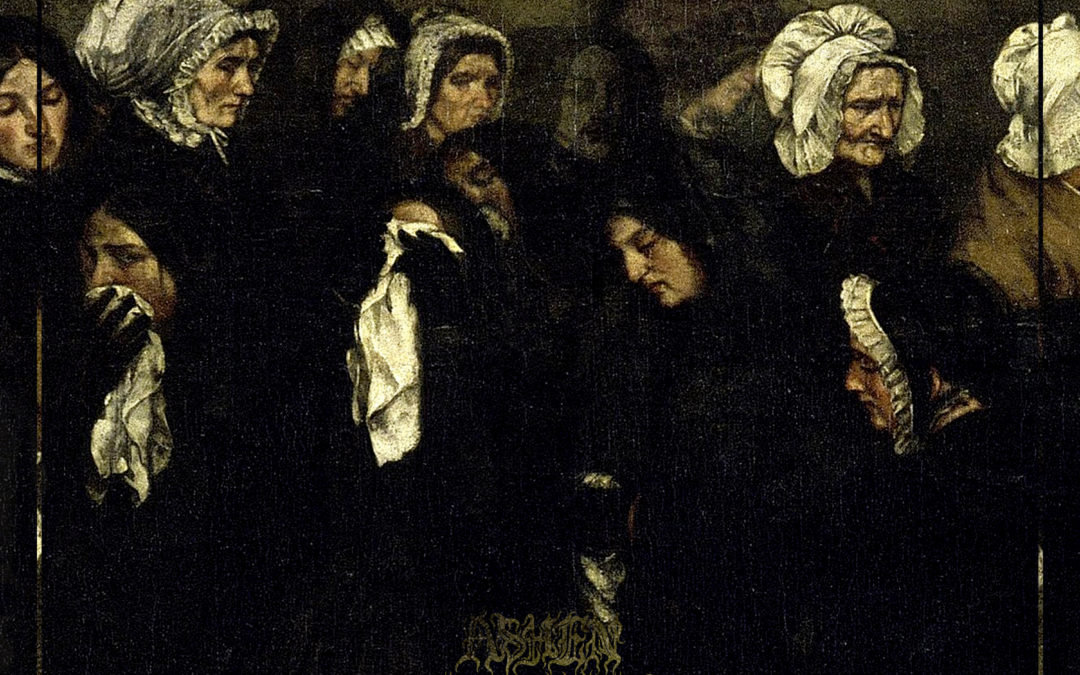 Founded in Croatia by Laethyan, Ashen Chalice is essentially a one man project combining elements of black metal, ambience, noise, and drone to create a soundscape both oppressive and mesmeric. This latest offering, Ljubiš li i dalje istinski?, which roughly translates to Do you still love true? according to Google Translate is the second full length by the artist, guest musicians/vocalists Virtue of the Vicious (Noise and ambience on Iza doline Sodome i Gomore) and Ühtceare (Vocals and lyrics on Suza za suzom). The album features roughly 40 minutes of madness is semi-musical form.

Layers upon layers of sound are woven together to create a textile spell of ruin. Drums blast intermittently while an ambient layer of haunting sound rests oppressively atop the rhythms. Blackened riffs cut aggressively through the madness trailed by the vocals of rage filled madman devoid of hope or expectation. Equal parts abrasive and hypnotic, Ashen Chalice draws you inexorably towards your doom, a doom filled with loss: loss of peace, loss of happiness, loss of meaning. The tones used in the ambient work are oppressively wrong, in a way that makes sense of the story being told. Though I don’t understand the language of the lyrics, the story feels raw and passionate and void all at once. Listening to Ljubiš li i dalje istinski? is not pleasant, but it feels so very necessary. The emotions are palpable. My arm hair stands on end. I feel like weeping. I feel like destroying. I feel like walking into the woods and never coming out.

According to the Ashen Chalice Bandcamp, the project “stands in opposition to religion, nationalism, racism, sexism & homophobia!” As is always the case when covering this kind of project, I stand in full solidarity. The music makes Ashen Chalice essential. This stand against all forms of oppression makes this album even more essential. If you are one who likes your music challenging, this is an album for you. I don’t know how high this will be on my year end list, but I feel confident it will be there.

Full support! I’ll let Ashen Chalice have the final words in another quote from the Bandcamp page: “May Nature Guide You On Your Path Towards Self Destruction.”