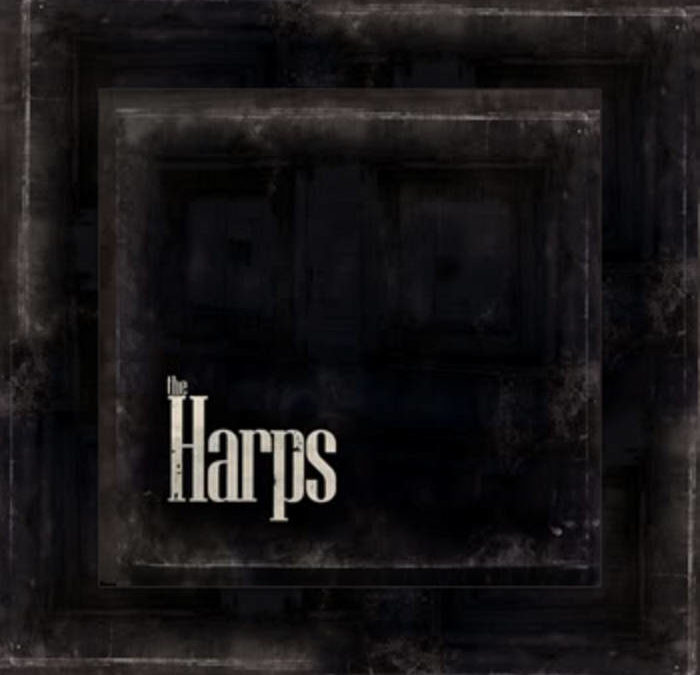 Fresh off the release of the video for “Mistress of the Night,” The Harps’ vocalist Andry Lagiou joined me for a call to talk about the story behind the video and what the future holds for her musical projects.

MPN: Hi! Has this been a busy year for you?

Andry Lagiou: Yeah, actually, it has. I was expecting more because I had three big festivals here in Greece and they’re all canceled, so it could have been better.

MPN: What was the inspiration behind the video for “Mistress of the Night?”

Andry Lagiou: It’s something that I’m experiencing myself as a woman – in my job, in my personal relationships – and I’m always an observer, so every time I see something, I transform it into music. I just felt the injustice in so many ways, so I got inspired by this incident. You know, in the metal music industry, they don’t easily give you a chance to get work with your career, so they’re always asking for something, and I think it’s not fair, so I translated it into poetry and combined it with music. I just want every woman in the world to feel the song deep inside. My quote is that from the medieval times, nothing has changed. You can see from the video that it starts with a medieval part like the ancient times, and then it goes directly to the future, the right-now that we’re living.

MPN: I think that’s a great thing to do, especially with having the force of music to help with that. I feel like a lot of women I’ve talked to lately are trying to get more of a message in their music about what it’s like being a woman in this industry.

Andry Lagiou: Yes, it’s very hard, actually. Everybody wants something, every CEO. You have to go through that. They just stop your career instantly – they think that it’s a man’s sport. I get inspired by Christina Aguilera. She always comes up with a message about feminism and injustice in the music industry. She always speaks about it at every interview!

Andry Lagiou: Yes, definitely. We’ve gotta do something to change it. I couldn’t speak to people in any other way, so I choose to include that in my music.

MPN: Do you have plans for more songs to be geared in that direction?

Andry Lagiou: Well, my music is all about human empowerment, generally, but this specific video was dedicated to women. Every time I write a song or I’m playing the riffs, I think about the lyrics as poetry, which I like. It’s all about empowerment. I like to get up and do something because we’re all living in an era where everybody is so self-centered; they’re all guarded with social media, and people don’t open up easily and they end up depressive. This thing needs to be changed. We can go back to the time before, when we were kids. I don’t know how old you are – I’m 31.

Andry Lagiou: When we were younger, things were not like that! We felt passionate about music, and you needed to be someone in order to play music, you really needed to have talent. These days, everyone can upload whatever they want. Spotify is open to everybody. It’s massive information from every side, then people get confused with what’s true and what’s fake.

MPN: Definitely! So, how did The Harps come to be?

Andry Lagiou: It was back in 2012, when I knew that I had to do something. I started writing my first riffs. There were many musicians that played on The Harps – Greeks, Americans, from the U.K., Germans. When you have good musicians play on your music, the identity doesn’t change – it’s my riff, it’s my voice. If a guitar player plays it that way, and another one plays it this way, it doesn’t make any difference to the whole procedure. It started to shout out Lagiou. I just wanted to be heard, to leave my trace in this world.

MPN: Well, you’re doing a good job at that.

MPN: Where did your love of heavy metal come from?

Andry Lagiou: I started playing classic rock when I was 16 years old. I got hired by my guitar teacher to play with his band. They say that I was an extremely great talent back in the day. I was 16 years old playing with 40 year old musicians in Greece. I was on the radio, and everybody was talking about me when I was younger. Then I found some good musicians, but their style was more heavy metal, like when we met with Mike Lepond from Symphony X and he was heavy metal. Pure heavy metal. The other guys are heavy metal, too. So, I play different styles of music, I’m not stuck with one genre. I can play many styles. I play blues, pop, R&B – I can play different styles. I just have to adjust myself, you know, and become a heavy metal music fan. I knew that in the heavy metal industry it’s very hard to enter, so I didn’t know if that was a good step for me – to change my classic rock like my first album Love Strikes Doves to the new one “Mistress of the Night.” The album is actually called Skies, and it’s the next album I’m going to record. I think that people will love it! My second album will be pure heavy metal, and I’m not going to change it because there are some obstacles in the way.

MPN: That’s great! Did you always know you wanted to be a singer?

Andry Lagiou: Yes! When I was four years old, everyone would say, “she has an incredible voice!” I didn’t know. I was just singing – I didn’t know what was going to happen. So, I started practicing. We had this tape recorder, you know, back in the day, where you can listen to the music with the cassette and you can record your voice at the same time. I started practicing 24/7 for about ten years. After school – I didn’t even pay attention to school – I was just recording all the time. So, yeah, I would say I did.

MPN: Are there any singers you modeled yourself around?

Andry Lagiou: I would say that my voice, my inspiration, is somewhere between Dio and Christina Aguilera. I know it sounds weird, but it’s the truth.

MPN: Not at all! I was going to say that you definitely have the same vibrato that Ronnie James Dio had. You have a loud, booming voice. That’s immediately what I thought of.

Andry Lagiou: Yes! And my blues notes, I’m not like Etta James, I’m more like Christina Aguilera with the techniques she uses. I love her, and I think that it can be shown.

MPN: Definitely. What does the future hold for The Harps then?

Andry Lagiou: I’m going to shoot my next video. Every production is very difficult to get done, but I have a script, but I need to find a place to film. That’s it! I’m going to film the next song named “Skies.”

MPN: Gotcha! When do you think that will be set to release?

Andry Lagiou: The song will be released pretty soon, like in the next year. For the full album, I’ve noticed that people don’t like to listen to full albums right away. They want to see a script, a scenario, a story behind every song. The easiest way to do it is to film it. If I just put out an album on Spotify, no one would listen carefully or know what I really want to say. People want visuals. We live in a world where Netflix reigns, so I’m into video production.

MPN: Would you say that all of the songs will have a story to them?

Andry Lagiou: Yes, yes! I always have a story behind them, but when I upload the song with a video, people notice it and understand what I want to say. It’s a performance! People want to see me, not just hear me. I just try to combine both. In the end, it’s what people want, not what you want.

MPN: Right! Well, thank you so much for talking with me!

Andry Lagiou: Thank you so much!