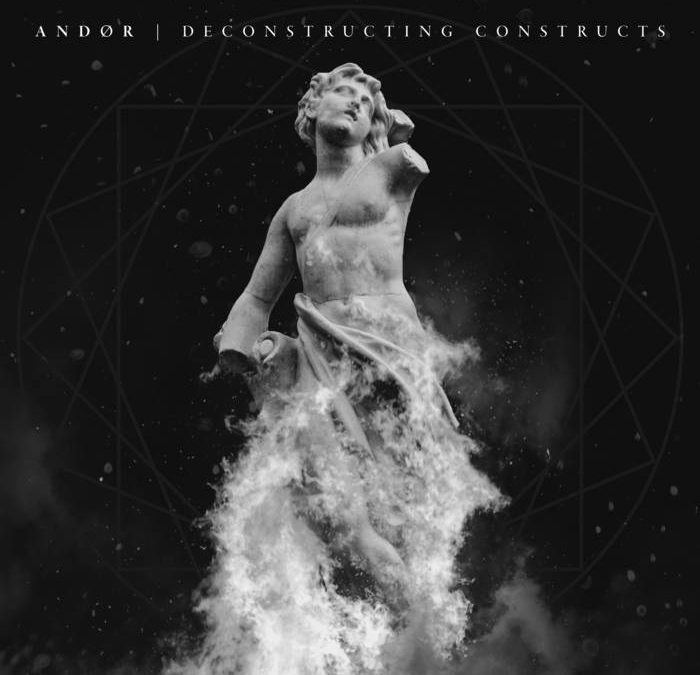 This is the introduction sample to the latest release from Andor, a five piece Kalamazoo-based group. This is their second release, and first recorded at Red Obsidian Media Productions, also in Kalamazoo. I have known these guys for a few years, and can honestly say that I am so proud of their sound and how far they have come. This is a look into their latest release, Deconstructing Constructs.

We start off with the groove of the titular track, Deconstructing Constructs. It is a bloated, monolithic groove that really sets the tone for the album. As heavy and unrelenting as this release is, it never forgets to swing. For example: check out the double time in the middle of follow-up track, The Price of Progress. It is like an angry beast ripping into the countryside, unrelenting and merciless. We find ourselves next in the staggering locomotive of middle track Grit & Spine.  Its off kilter groove is highlighted by guitar aerobatics courtesy of guitarists John and Chase, both of whom are great at pulling and pushing off of each other, creating a perfect maelstrom of calculated chaos. The drums really makes this album happen. Blasts and double bass a plenty, Kenny’s creative rhythms really push the music forward while keeping a lighthouse among the chaos. What stands out to me on this album upon repeated listens is the bass. Brad’s bass parts are so creative and work so well with the guitars. It is also worth mentioning that the bass is heavy in this mix, adding low-end to the top. It’s a unique sound, and it makes for an exciting listen. Finally, the vocals on this album seal the deal. The vocal delivery on this album is as powerful as their live performances, which is not easy to do. The harsh vocal delivery courtesy of John really compliments the foundation that the band has laid out. He uses a variety of voices from low gutturals, to high shrieking black metal vocals right back to a hardcore vocal style. Seemingly effortless, he reaches across the spectrum to create an incredible vocal performance on Andor’s latest release.

Closing track Guidance of Violence is my favorite on the album, not to imply that there is not a bad track. In fact, it slams from start to finish! From the initial groove to the halfway mark’s breakdown, this song is a perfect representation of what Andor does, and does very well. It grooves, it pummels, and it growls and sings. Listening to the recording, it’s hard to believe that this is a local release, and had I not been so familiar with the live shows, I’d be willing to bet otherwise. Deconstructing Constructs is a smart and groovy lesson in Kalamazoo metal and one that makes me so proud to be a part of our Michigan metal scene. This album is exactly what I am looking for in my forward-thinking metal, and mark my words, you will be hearing a ton from Andor in the months ahead!