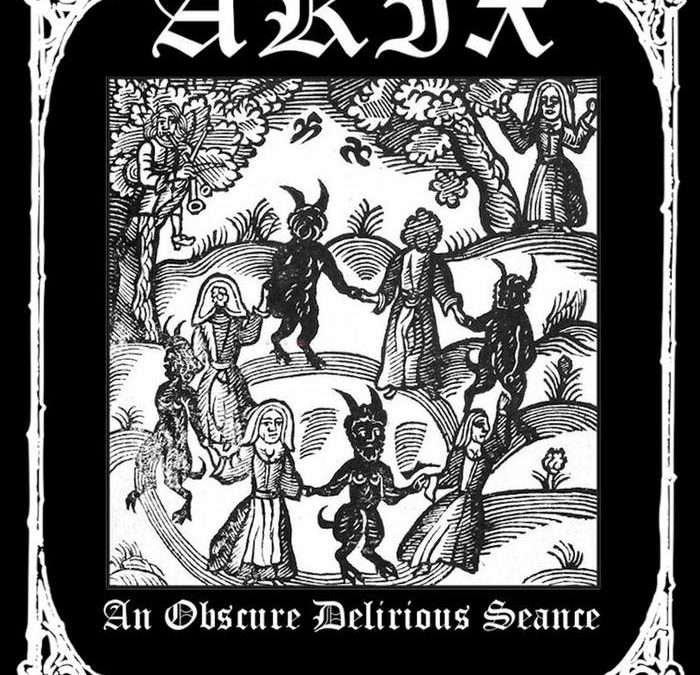 “An Obscure Delirious Seance” is the initial demo recording of UK trio Akix, and thus far remains the band’s only output. If this were to end up being the band’s only output (which will hopefully not be the case), they will still have left an indelible mark on the underground music scene. Bluntly put, this demo is strong enough to keep the name Akix in the conversation, regardless of any further developments. They have already made a sufficient statement with only these four tracks.

What strikes me first is the theatricality of the recording. This isn’t truly a black metal play or opera, in the way of “Coven, Or Evil Ways Instead of Love” by Cultes Des Ghoules or “The Stench of Amalthia” by The Projectionist, respectively, but each track feels like a part of a cohesive whole, and the whole feels very theatrical. The story involved seems to have something to do with summoning the devil and pledging oneself to him, fairly typical fare for the genres involved here, but it feels very “brought to life”.

Musically, there’s a lot going on here. Black and roll meets psychedelic doom to create an off kilter stew of occult magical delights. Vocals range from a black metal lite rasp to spoken word passages, the latter of which feel a bit like monologues to the audience. Keys hum melodies throughout, calling to mind a vampire’s castle. There’s a certain beautiful campiness to the release, that wouldn’t be out of place in A Rocky Horror Picture Show, which I mean as the highest of recommendations.

All in all, Akix deliver a superbly enjoyable demo with hints of true darkness bubbling beneath the wonderfully campy theatricality. The musicianship is strong and the story reasonably well developed. This one will be a repeat listen for a long time.