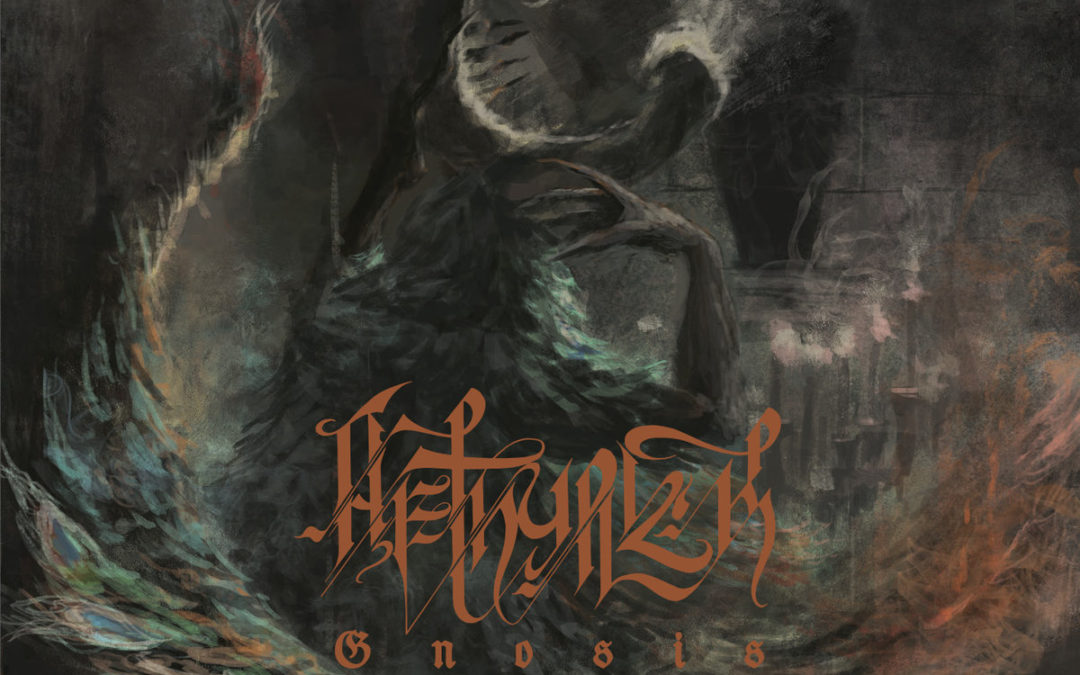 Finland has always been a breeding ground for some of black metal’s most prolific names. With a strong emphasis on melody to accompany their lyrical tidings, it’s no wonder that the Finnish black metal scene has become one of the most popular scenes to date.

Formed at the end of 2016, but not releasing their first of two demos until June 2017, Aethyrick began carving out what would become their legacy. December 15th would be the day their first full length was unleashed, and though considered a classic in some circles, it remained widely overlooked. With their foundation laid, Aethyrick began conjuring their next opus.

“Magick isn’t simply something you do,” sagely says Exile, “it is what you must gradually BECOME.” Thus their next album Gnosis is something that proves the duo are on the path to becoming a force to be heard.

Gnosis starts out with a familiar yet unique melodic drive. “Will Embodied” is an instant catch for me and the subtle symphonic hints, reminiscent of early Dimmu Borgir and Emperor, truly harken back to the early days, the old ways. These symphonic bits carry the track to its end and once the dust settles the almost darkthrone influenced drums kick in on “Oneiric Portals” and the wonderfully melodic guitar riffs its way into an absolutely epic performance. Featuring one of absolute best vocal performances on the album, I truly believe this is my favorite track on Gnosis. The album melds together in a very ethereal way, beginning with the fierce melodicism of Will Embodied and ending with the beautifully melancholic Golden Suffering.

It’s not hard to tell where this duo took their influences from, yet at the same time the album carves its own place into this niche genre. While their debut Praxis was overlooked, Gnosis is certain to bring Aethyrick into the forefront of Finnish Black Metal. Definitely a band to keep your eyes on, and an album to not be missed. It will not surprise me at all to see Gnosis on many end of year lists.

Biography:  Father, Husband and lover of all things Black Metal.