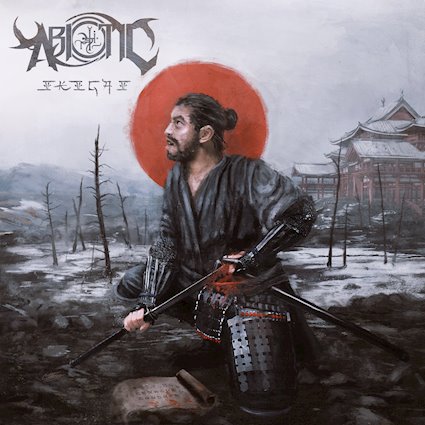 Everybody loves a comeback story. Against all expectations, an entity awakens from a deep slumber to remind us all of their greatness in graceful fashion. We cherish old memories and long for them once again…yet, sometimes, those moments cannot be truly recreated. Sadly, the flame that was once burning bright smolders, and cannot be brought back to its true glory.

Abiotic’s newest record, Ikigai, does not fall under the category of the latter. In fact, Ikigai has become one of my personal favorite comeback records in the matter of the week I’ve listened to it.

Abiotic, a once powerful upcoming force in the technical death metal scene, returns to us after a few years of hiatus to bring us their third full length in Ikigai. After establishing a versatile brand of technically proficient death metal and deathcore hybrid, Abiotic puts their best foot forward. The record is the product of their previous record’s best qualities combined with a renewed sense of purpose, a broadened intelligence, and a burning fury that has been begging to release. This is most obvious in guitarists John Matos and Matt Mendez, the two original members who have driven the life-force of Abiotic’s sound since the beginning, but the overall combination of Travis Bartosek’s snarling vocals, Killian Duarte’s sheer finesse on the bass, and the mind-boggling insanity of Anthony Lusk-Simone’s drumming talents makes for the group’s strongest composition yet – easily.

Setting the tone with the serene introduction of Natsukashii leading into the title tracks works so well on so many levels. I immediately knew the album was going to weave me through so many directions just off of the mood the opener set down, and I was not wrong. The brutality immediately ensues with Covered the Cold Earth and then cements itself with Smoldered – featuring a strong guest feature by Chaney Crabb (Entheos). By this moment, I am already impressed by the skillful songwriting that has been on display. Little frustrates me more than technical wankery for the sake of showing off, so to see these guys putting purpose into every note while retaining technical prowess excites me greatly.

That being said, shit really builds up massively with two of my favorite songs in The Wrath and If I Do Die. The way The Wrath builds up and crashes down on itself is absolutely riveting, and the emotional waves throughout If I Do Die will not go unnoticed in any of you future listeners. The tension only continues to build with the leading single, Souvenir of Skin (featuring none other than the talents of The Black Dahlia Murder frontman Trevor Strnad). Abiotic did well choosing this song as their premiere, as it’s laced with memorable hooks, pulverizing rhythm sections, and a sound that does well to encapsulate the entire mood of everything up until this point.

As the record starts to come to a close, I was consistently treated to a smorgasbord of vicious riffs and gleaming melodies all at once, topped off with wonderful surprises in Scott Carstairs (Fallujah) and Johnathan Carpenter (ex-The Contortionist). The final blow comes with Gyokusai, a conclusion that comes with total surprise in its unsurpassed brutality, yet ties any musical “loose ends” together to create the monolith that is Ikigai.

Having finished the record, I knew I experienced something truly unique…undeniably special. Ikigai is the product of a group of insanely talented musicians that craved nothing more than to craft their vision into art with palpability, with longevity, and with true passion. This is the sound of a band who looks to push the envelope further, and I truly believe that Ikigai will be viewed as an important record in the future of technical death metal, acknowledging Abiotic as the great band that I have seen them as for so long.

Welcome back, Abiotic. We’ve missed you.