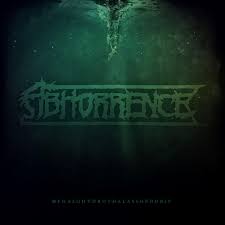 Though they were founded in 1989, the Abhorrence went on a long hiatus until 2012. Since then, they have released a live album, a compilation, and finally this new EP. Stylistically, the quintet play a relatively straightforward, though filthy style of death metal. There’s some blackening in the guitar work, in addition to a relatively ominous tone. When you are in the mood for some quality death metal, this will surely fit the bill.

On to the lineup, four fifths of which is original according to Metal Archives. In the back, we have newcomer Waltteri Väyrynen on drums, giving us that steady and, as appropriate, blistering performance we look for. Next up, is Jussi Ahlroth on bass, adding oomph to the mix. Kalle Mattson and Tomi Koivusaari combine as riff meisters extraordinaire. To top it off, Jukka Kolehmainen growls out the vicious lyrics.

Don’t come to this album expecting your world to change. Abhorrence take death metal, use it to write good songs, and spit out….more death metal. If you like death metal, this release is for you.