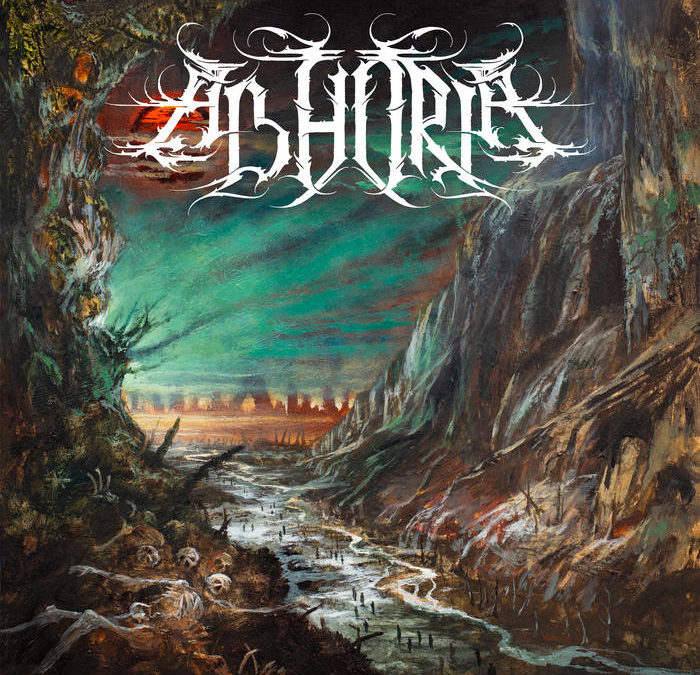 Abhoria provide an abhorrent take on black metal. The self-titled debut album is as slick and polished as it is bleak and disheartening. Rather than bringing to mind the Scandinavian second wave, the Los Angeles trio recall fellow Californians Imperialist. They even both work with Adam Burke for their cover art. That said, there are differences as well. Abhoria feels more nihilistic, darker, and more malevolent. My understanding is that the album includes themes of people doing horrible things in order to survive, and that sense of dystopian survival of the fittest burns filthily through.

Initially a distance project during the pandemic, Abhoria features Vor on guitars, Walthrax on vocals, and Koszmar on bass. Jaud guest drums on the album. In many ways, this album feels like a mix of modern black metal with modern tech death. The tones, production, and even the drumming feel more like tech death, but the riffing, pacing, and bleakness feel very black metal. The vocals find a middle ground between the two.

Abhoria is a catchy album, with earworm riffs crawling out of the blackness to crawl around in your brain for a while. The song writing holds a variety of treasures for those willing to dig a bit. All in all, a pretty stellar debut for this band.