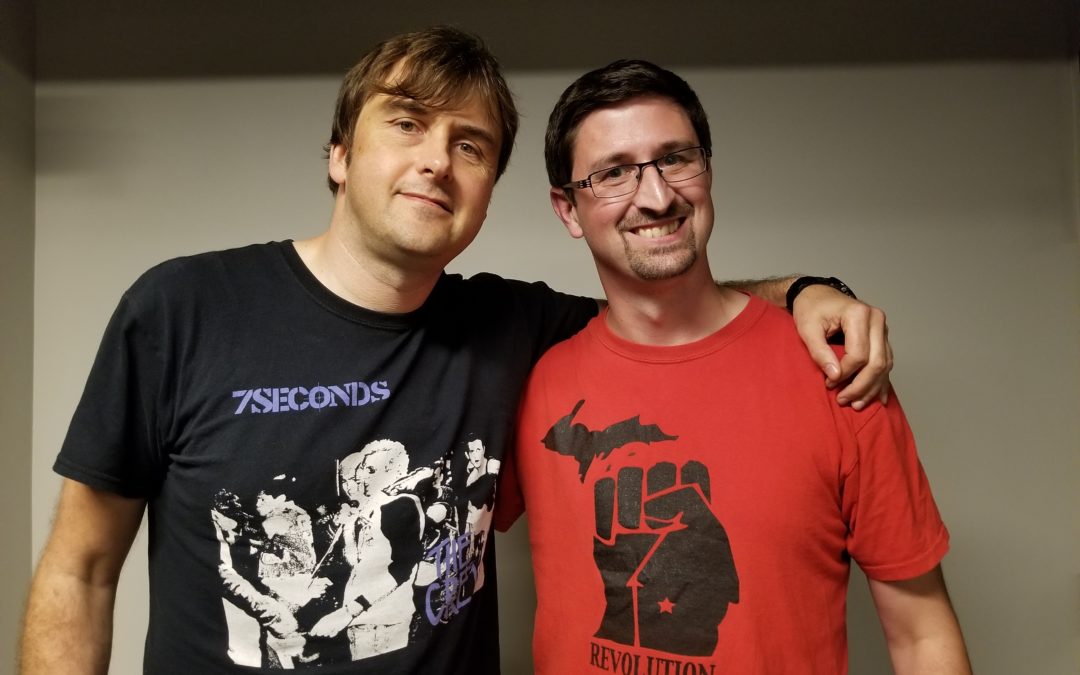 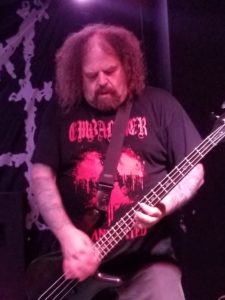 The Venue:  The Agora is a historical venue in the city of Cleveland that has been recently, and immaculately, renovated. The current ownership paid great attention to detail throughout the process, endeavoring to create a clean, beautiful, modern setting while still honoring the past. In addition to the excellence of the physical space, the entire staff of the venue was friendly and helpful. Because we were conducting interviews and covering the show, we were more intrusive than the average fan, and the staff took it all in stride. We had two interviews scheduled, but arranged a third interview on the spot. The staff generously worked with us after the show was over to allow us the time and space to do this. In light of all of this, I’d like to extend a big Michigan MoshPitNation thank you to everybody at The Agora, especially those working on the 5th. You guys rock! 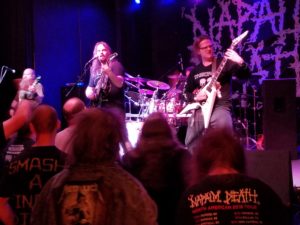 Merciless Reign (above):  Up first for the night was Merciless Reign, an Akron band that has been around since 2011. Hot on the heels of their second full length, the quartet was ready to start the night out strong. Thanks to interviews and a variety of other details, I only caught about half their set, but the band sounded tight, ripping through several tracks to get the early crowd warmed up. Playing straightforward death metal that had this reviewer’s head nodding, the songs featured enough throwback influences to classic sounds to catch my attention. Pro Tip: Go get Haunting the Aftermath, the new album. 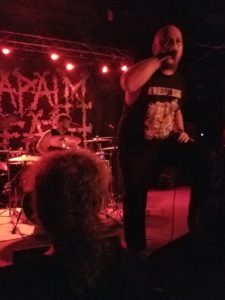 From The Hellmouth (above):  From The Hellmouth, residents of the excellent Redefining Darkness record label also based in Cleveland, were both our second interview and the second band to play. The quintet plays death metal with elements ranging from the glory days of SweDeath to hints of deathcore to everything in-between. The finished package, is nasty and heavy as, well, hell. The set the band put on this night was enjoyably crushing, with enough groove to make the heads move. Pro Tip: I recommend the band’s split with Mutilatred as the best place to start in their recorded work. 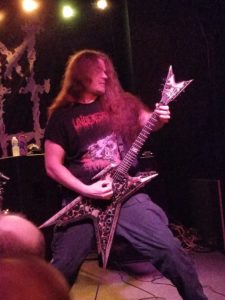 Embalmer (above):  In the penultimate spot in the lineup, we find long time Cleveland grime and death dealers Embalmer. This was my second time seeing them, having caught them on tour in Lansing, MI with Scorched and Morta Skuld. As always, the quintet is a bit of an enigma to me. They are absolutely filthy, mind-blowingly chaotic, but so much so that I don’t find the groove in them the same way I do with other bands. Practically speaking, they are hard to headbang to. I mean this ultimately as a compliment – they are writing next level material, and have been since 1989 in some form or other – but it will catch you off guard if you are not ready for it. I enjoyed them much more this time, knowing a little more what to expect. What to expect is this: An absolutely brutal, rending mix of classic death metal, grind, and destruction, all turning on a dime whenever the band wants to wallop you with the unexpected. An uneasy listen in an exceptional way. Pro Tip: Emanations from the Crypt rules! Go cop that on vinyl. Also, a video review is being edited. 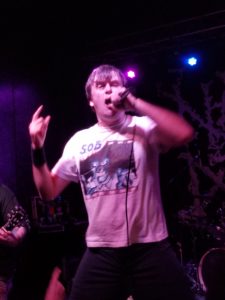 Napalm Death (above):  What can I say. Since 1981, this (currently) quartet has been the best thing to happen to extreme music, and that has never changed. They continue to push boundaries on each album. I know there was a run of a few that are seen as not up to par, but I respect any band willing to push their own boundaries regardless of the final result. Each album should be different and should be a growing experience. Beyond that, the band as a whole, and the individual members of it, are models of what he should all be – that is kind, decent humans, actively striving to make the world a better place. Napalm Death is the reason I drove four and a half hours to Cleveland, without complaint, even though they would be opening for Slayer in Grand Rapids two days later. The opportunity to interview Barney, to see the band headline, and to be apart of seeing them in such an intimate venue made it so worth it. I have zero regrets about this decision. Their hour long set was a blistering collection of favorites and lesser known tracks (see below for the complete set list) with Barney sharing his genuine kindness, humor, and wisdom in between most tracks. I got to scream into the microphone during the chorus of “The Wolf I Feed”, my personal favorite Napalm track. I moshed my head off to “Suffer the Children”. The highlights are too many to list here. This was perhaps the greatest single night of music I have ever experienced. I think I better just end with a Thank You to all involved. 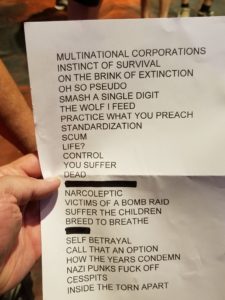