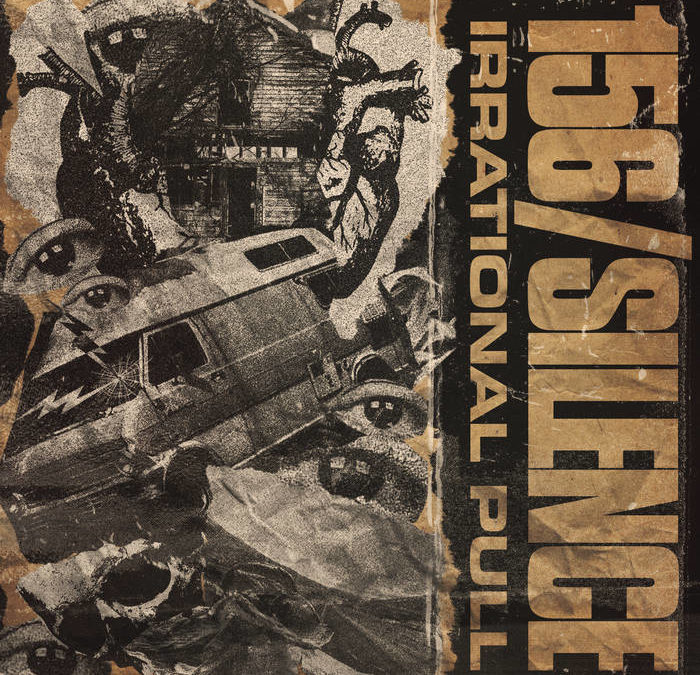 156/SILENCE is a hardcore quartet from Pennsylvania USA that incorporates elements of nu metal to great effect. Yes, I realize the term nu metal still leaves a bitter taste in the mouths of many but I feel that 156/SILENCE incorporates the highlights of the genre without the cringe.

Vocalist Jack Murray displays a good range, the vocal tone on his screams remind me of Lynn Strait of Snot and Tim Williams of Bloodsimple/Vision of Disorder while his cleans also strongly echo Tim and Jami Morgan of Code Orange (especially in the closing track Denouement). My only complaint is that since the album is 90% screaming with the majority of the cleans in the closing track his range is underutilized and can make the album experience a bit repetitive.

Guitarists Jimmy Howell and Ryan Wilkison play a very versatile mix ranging from screeching riffs reminiscent of Norma Jean to crushingly heavy moments in the vein of Code Orange and King 810. The screechy guitars can be a bit much particularly on the opening track High Dive in a Low Well, which is a banger regardless but take my advice and skip this track if you’re hungover (my poor head haha). The track Denouement blends some excellent ethereal melodies to the mix that really takes the writing to the next level, but I wish there was another track like Denouement about halfway through the album to break things up. Midway track Lost Visual does have some ethereal moments but is still predominantly heavy and doesn’t break things up as much as it could have.

The bass is a real standout on the majority of the songs, Kyle O’Connell has some infectious grooves that aren’t buried in distortion like so many other hardcore bands. The tone resembles early Korn and the skill level is reminiscent of Mudvayne, which is intended as a compliment. Admit it, even when Mudvayne was getting a bit too generic the bass was solid and probably carried their last album. Either way Kyle’s skills are solid as hell!

Drummer Max Bradshaw does a great job of setting the tone and really completes the ensemble. The song Upset, Unfed, in particular, pushes the drums to near death metal blast beat level without sacrificing the hardcore sound which really shows what he is capable of.

Lyrically I think I can best describe it as King 810 without the cringe, dark edgy lyrics that make you think, brutal yet inspiring. However, the album lacks songs that really make me want to sing or chant along from the pit, with Upset, Unfed and Problem Addict being the only exceptions; and even those might be a stretch.

Overall, the Irrational Pull album is a solid addition to the hardcore genre that may not reinvent the wheel, but definitely polishes the hubcap some. 156/SILENCE is a band brimming with talent and skill that could benefit from a little more musical variety and memorable lyrics in their songwriting to become next tier. There’s no doubt in my mind that they can be the next big thing in hardcore if they do. Definitely a band to watch out for in the near future.

Biography:  Bret Casey is a music enthusiast with ties to the death metal and punk communities. When he isn’t reviewing music he’s spending time with his wife and kids or gaming with his friends and family.