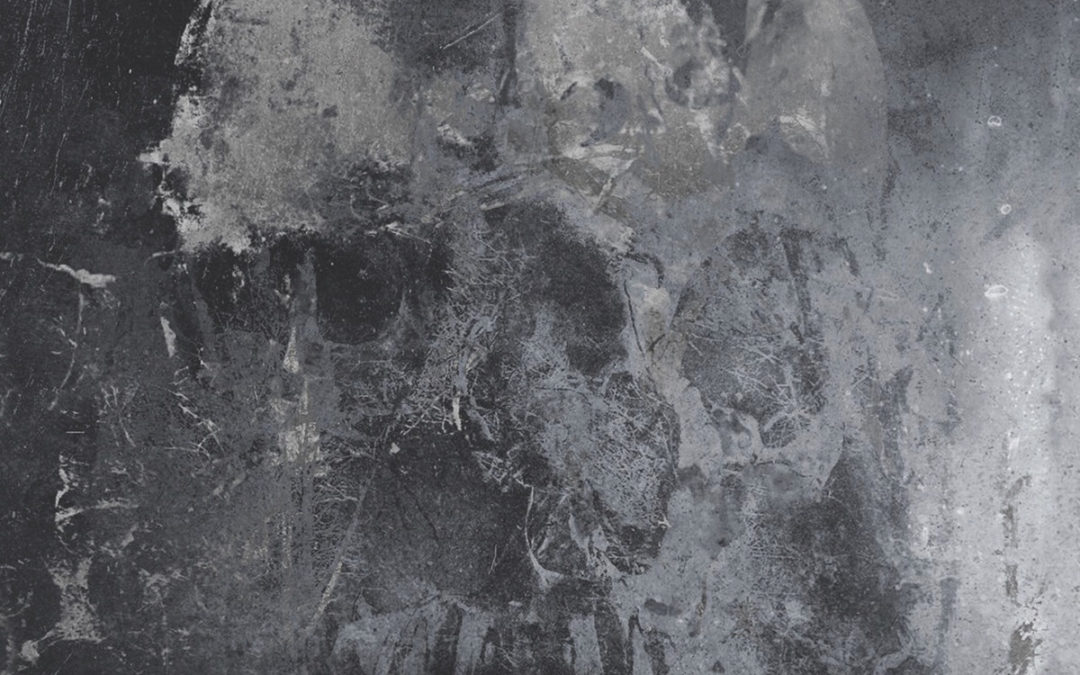 My first exposure to 1000 Yard Stare was watching them open for Primitive Man and Bell Witch at the New Dodge Lounge. Beyond the fact that they were a Michigan band, I had no idea who they were. I was blown away by the way they owned the stage and obliterated the club that night, truly a worthy opener for the mighty Primitive Man. After the show, I wrote the following about them: “Coming out of fifteen year hiatus, the band dropped a metric tonne of granite on the audience with their crushing sludge….Honestly, I came away thinking that this band should have a bright future of destruction ahead of them. They played a tight set that sounded professional, like a touring band would….Remember this band name. They have the potential to go much bigger.”

Well, the future is now. The Detroit demolition experts have a new album entitled Benthic due out August 3rd. Thanks to an advance review copy, I know that the album will beautifully, brutally, and savagely deconstruct you at the molecular level. A quick Google search told me that the benthic zone is the ecological region in the deepest reaches of the ocean. The pressure is immense, the weight of the entire ocean pressing down and around you. There are areas so deep and pressure filled, we have never been able to reach them, as we would be crushed by the pressure. This is a worthy description of the heft of Benthic the album. The quartet plays some of the heaviest sludge I have ever heard.

New drummer Chris Martinez keeps the pace slow and brutal throughout, adding toms and fills to bring some variety. Scott Lambert punishes with bass lines excavated from the aforementioned benthic zone. Matt Fraser calls forth glacial riffs and waves of feedback to bring the early onset of sensory overload. Tony Wright pours his entire being down his microphone. And yet, all of that fails to tell the whole tale. What makes 1000 Yard Stare such an exceptional band is that the emotional weight they embed in every aspect of the project surpasses even the the significant weight of the music. Too many sludge project are heavy, ponderous, glacial even….and boring. Not so here, and that emotional heft is here. Benthic sucks all the hope from the room. You are left feeling devastated by this abrasive ode to void. Take note sludge fans. With Benthic, 1000 Yard Stare join the pantheon of the greats of the genre.