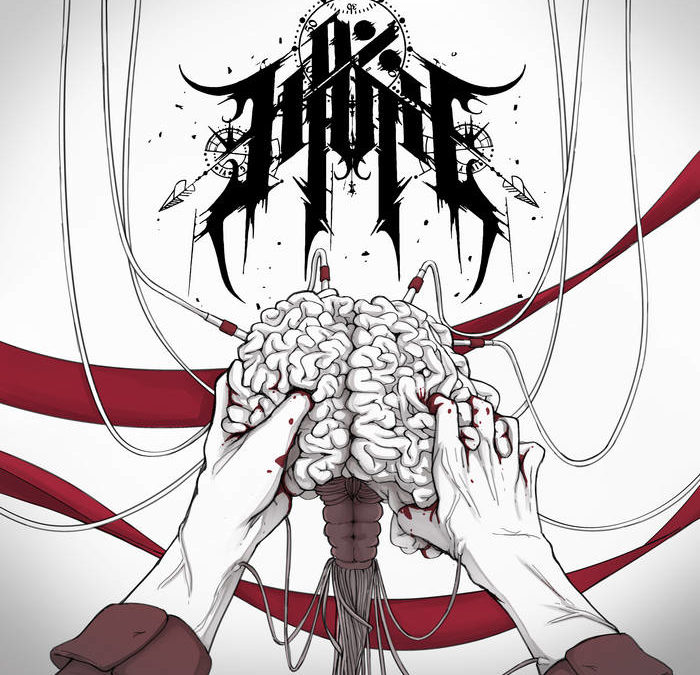 Album – At The Mercy Of Your Own

On their debut album, At The Mercy Of Your Own, 0% Hate have delivered a mass of technical death metal by way of chaotic mathcore. The mastermind behind this project is the sole member, Gavin Brooks, and it is safe to say he has a significant amount of talent to organize this mass alone.

This album is a demented game of duck-duck-goose. Much like the heads are tapped duck to duck waiting to spring up and give chase, the riffs and ideas are spewed one after another, but never calling goose to give chase. The ideas are presented with quick succession and none are dwelled upon for long. What this does is make the thirty-five minute runtime feel far longer than it would seem. A quick glance at the timestamp after assuming one would be several tracks in, will show you are only perhaps halfway through the second track. While there are only four songs, the shortest is over six minutes and the longest over eleven, they never feel long or drawn out. That is just how many shifts there are that it is hard to tell where exactly you are in any given track. It is like you get lost in the musical shuffle. Musically, the style is a mix between the movement of mathcore and the noodling licks and solos of tech death. Staccato riffs reside alongside passages of technical proficiency all delivered with the crushing brutality of death metal. This somewhat experimental amalgamation works quite well. Room to breathe is offered by way of sound samples that help to set the tone for the lyrics of the tracks. A particularly memorable quote for me was: “It seems very destructive, but actually in point of fact, you don’t know how the system works. It’s working perfectly fine!” in talking about how our seemingly broken system simply just doesn’t work for the layman. Reading along to the lyrics would seem to portray a similar systematic hopelessness.

This is a wild twisted ride down a dark winding road, just be careful that the turns don’t give you whiplash.