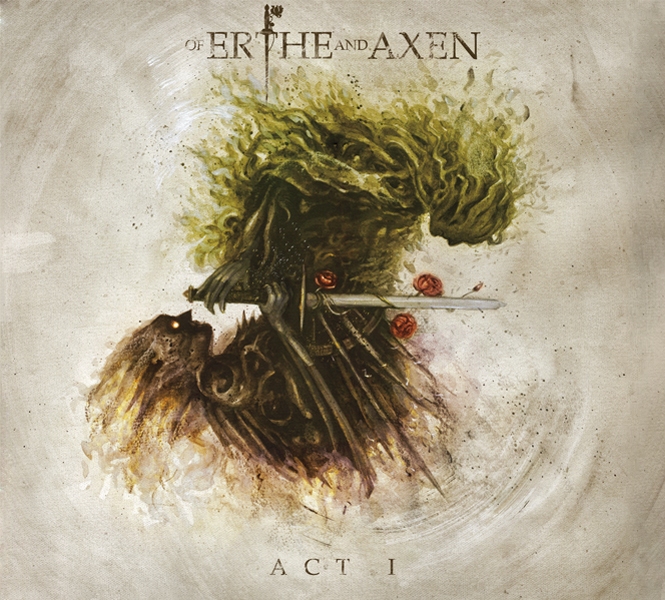 Album – Of Erthe And Axen

Label – Of Erthe And Axen Records

Xanthocroid are a band, up until now, I’d not heard of. With a debut release in 2010, they’ve got seven years experience in this shit. And one full listen of their album “Of Erthe And Axen” proves they’ve got more than just a little skin in the game. Gargantuan and robust, familiar and far reaching, forward thinking, chin stroking, one of a kind.

The opening track, ironically (?) titled “Open The Gates O Forest Keeper”, is an absolutely over the top, but somehow perfectly fit and absolutely legit piece of songwriting. Traversing a line, scribbly and meandering that it may be, between soundtrack fodder, dungeon synth, orchestral brilliance, and black metal – this one sets the tone for what you’re about to get into.

“To Lost And Ancient Gardens” unfolds out of the opening number in a sort of oldworld glow, acoustic instrumentation bubbling about with subtle brilliance while classical vocal accompaniment and harmony weaves in and out.

The third track finally delivers the type of black metal one might – and should – expect after a couple of opening numbers like that. “To Higher Climes Where Few Might Stand” is – ironically or not – an aptly titled piece of epic, symphonic, orchestral blackened metal unparalleled and fitting.

The remainder of the album traverses and differently assembles the previous sounds and themes in slightly and gradually varying versions, If you made it through the first three tracks happy, you’re going to be pleasantly surprised with an even greater piece of sonic beauty. If those first three tracks didn’t do much for you (well, you’re dumb, firstly), you won’t get anything out of the following offerings.

A band sort of carving its own niche these days is difficult to find. It’s all been done before or whatever. Xanthochroid manage to remain fresh and interesting throughout the entirety of “Of Erthe And Axen”. Covering all familiar landscapes – thrash, death, speed, and even black – of heavy metal music. Dipping into even more finite niche genres without ever getting fully immersed or taking itself to seriously.
Theatre Metal? Black Cinescape? Orchestradarkwave? Etc…
“Of Earthe And Axen” is for Manowar and Maiden and Arkona and Panopticon and Megadeth and Immortal and Evanescence fans.
High5 outta High5 tho, fam.
Great record, on the real.