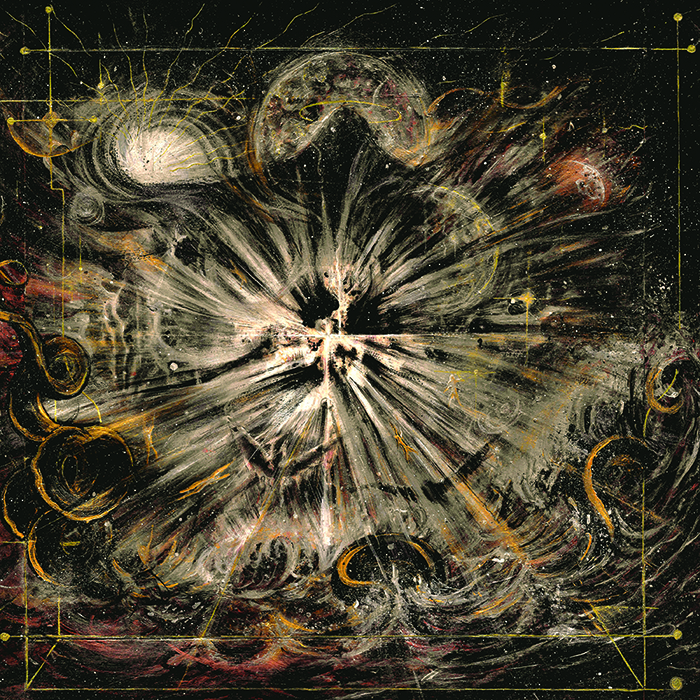 More harsh and acidic than truly evil, Mooncurse by Wormwood is a strange album. The album is a bit of a brick wall. It takes effort to gain access. Mooncurse, in many ways, doesn’t sit easily, or fit easily. Should you manage to find a way in – over, through, or under the wall – then you will be entranced by what you find. Visions of a blood red moon await. Not like harvest moon red. No, like the moon is actually stained in blood. Fairies and woodland creatures flit around, but they are all voracious and carnivorous both. Anger is a physical creature as is pain and disgust. All three shamble through, mostly paying you little mind, though they are hard to ignore.

Wormwood, from Boston, includes a duo of Chris’s, with Bevalaqua on drums and Pupecki on guitar and vocals, as well as recent additions, Mike Gowell of Phantom Glue on guitar and Greg Weeks of The Red Chord on bass. Together, they create a rhythmic joyride down a cheese grater. Riffing is dark and occasionally apoplectic. Percussion ebbs and flows with the shamble of emotions presented. Vocally, Pupecki spurts venom of a nauseating kind, harsh and splattery (is that a word?). The different parts all intertwine, but occasionally it seems as if the musical gears are a bit rusted and near seizing. This is not meant as a criticism, mind. It’s more that the duo have metaphorically raised the Titanic, rust, holes, barnacles and all, and are captaining it somehow over the edge of a spherical earth. It doesn’t make sense, but it is nonetheless impressive.

Mooncurse is engaging in a way that is hard to explain. Sometimes we are drawn to things that are dark and difficult and may not be good for us. Listening to Mooncurse is such an occasion. I’m not sure why, but this album sticks with me.

Recommendation:  Obliterating in a way I don’t fully understand.