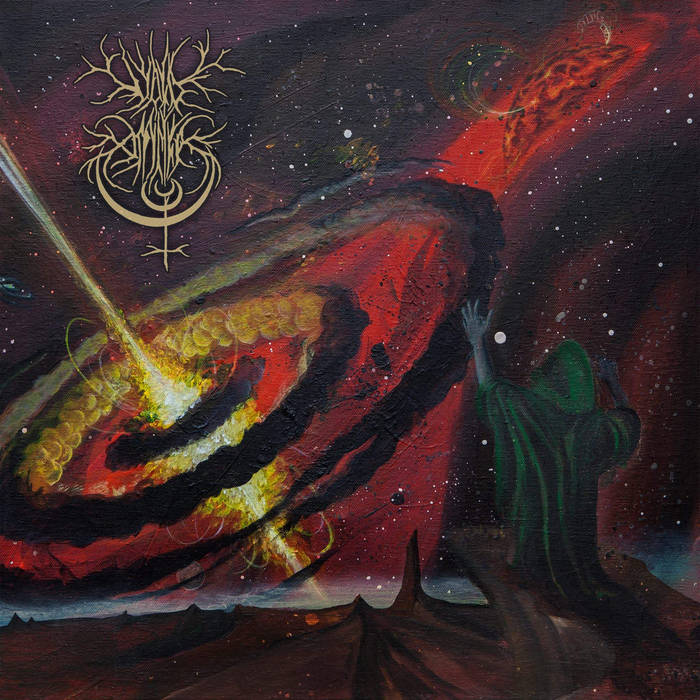 Void Omnia is a USBM band from the Oakland, California area (an area which also spawned Ash Borer), and is made up of five veterans of the metal scene.  It would be difficult to tell from a simple listen that this is the band’s debut album, I’m sure because of the above stated fact.  Featuring guitarists Mike Jochimsen (ex-Apocryphon) and Tyler Schroeder, vocalist Jamison Kester (Infinite Waste, ex-Apocryphon), drummer Cody Stein (Tragic Death), and bassist Justin Ennis (ex-Mutilation Rites, ex-Tombs, ex-Ruine). That is definitely a line-up which is difficult to argue with and it shows in the layers of the music.

Dying Light is a rich, layered album full of black metal darkness.  Guitars are first and foremost in the mix with chaotic, driving tremolo riffing.  Drums are ferociously fast, played with brutal abandon, and punctuate the controlled chaos of the project.  Ennis seems to give us solid, thumping bass lines, but as is often the case with black metal, they are buried a bit in the mix.  There is a savage mix of vocal styles on the albums.  Kester gives us an archetypical, throat shredding blackened style most of the time, but also weighs in with a massive near death metal style periodically to keep things interesting.

Overall, this project is a solid addition to the middle belt of the pantheon of USBM.  I really like the album every time I listen to it, but is honestly doesn’t stick with me the way some others do.  If you were to ask me to describe it a week after listening, I would be able to say generally that it’s a solid example of USBM, but I wouldn’t be able to be too much more descriptive than that.

Recommendation:  If you are a black metal fiend, this one is a solid addition to your collection.