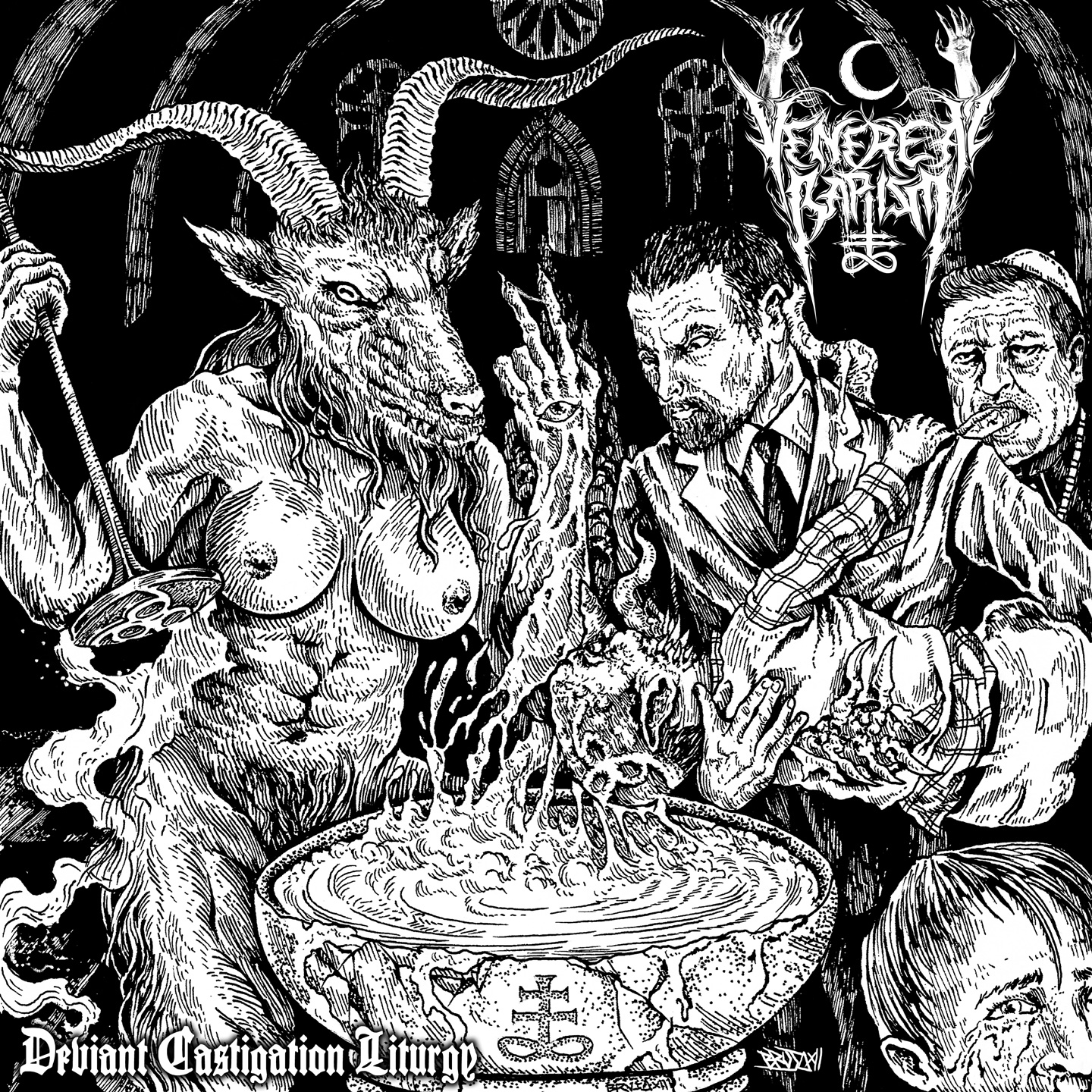 Venereal Baptism was forged by Satan in Laredo, Texas in 2014 in a ridiculous…just kidding it was Adversor (guitar and production), but hearing their music that first part is pretty believable! Adversor and the later addition of D.H. on vocals along with a group of other vastly talented musicians in the realm of death metal, including veterans from Morgengrau, Plutonian Shore, Hod, and many others as well. Proving the thick knowledge for death metal music. Originally spawned as a solo project for Adversor, it blossomed into much more with time and the right chemistry. An early EP followed up by another EP in June of 2015 called “Progenitor of All Aberrations” paved the way for their newest and first full length album “Deviant Castigation Liturgy” through Osmose Productions. This album is produced by Patrick from WSL Studios, very well I might add. For the chaos they accomplish, the clarity is astounding.

The blasphemy that is “Deviant Castigation Liturgy,” is powerful and destructive to say the least. After the minute long creepy intro sending you right into a vibe you know is evil, it rolls into “Centuries of Wrath”, setting a tone of absolute violence for the album right from the start. Fermentor and Adversor annihilate with their low tuned chainsaw reeling guitars and belting solos, melting face beyond belief. And Prokingu’s gruesome bass lines guiding the rhythms with Warblast assaulting the drums with thunderous double bass lines and D.H.’s savage, brutal signature growls, that are still clear and audible but outstandingly metal still. Also, “Winds of Nullification” shows they are capable of breaking up the chaotic pace, with this bottom heavy grooved madness. My personal favorite “Victorious”, starts with a lightning fast solo, leading into all out war. This album is anything but boring, with the many tempo changes, and raw energy, it’s absolutely punishing.