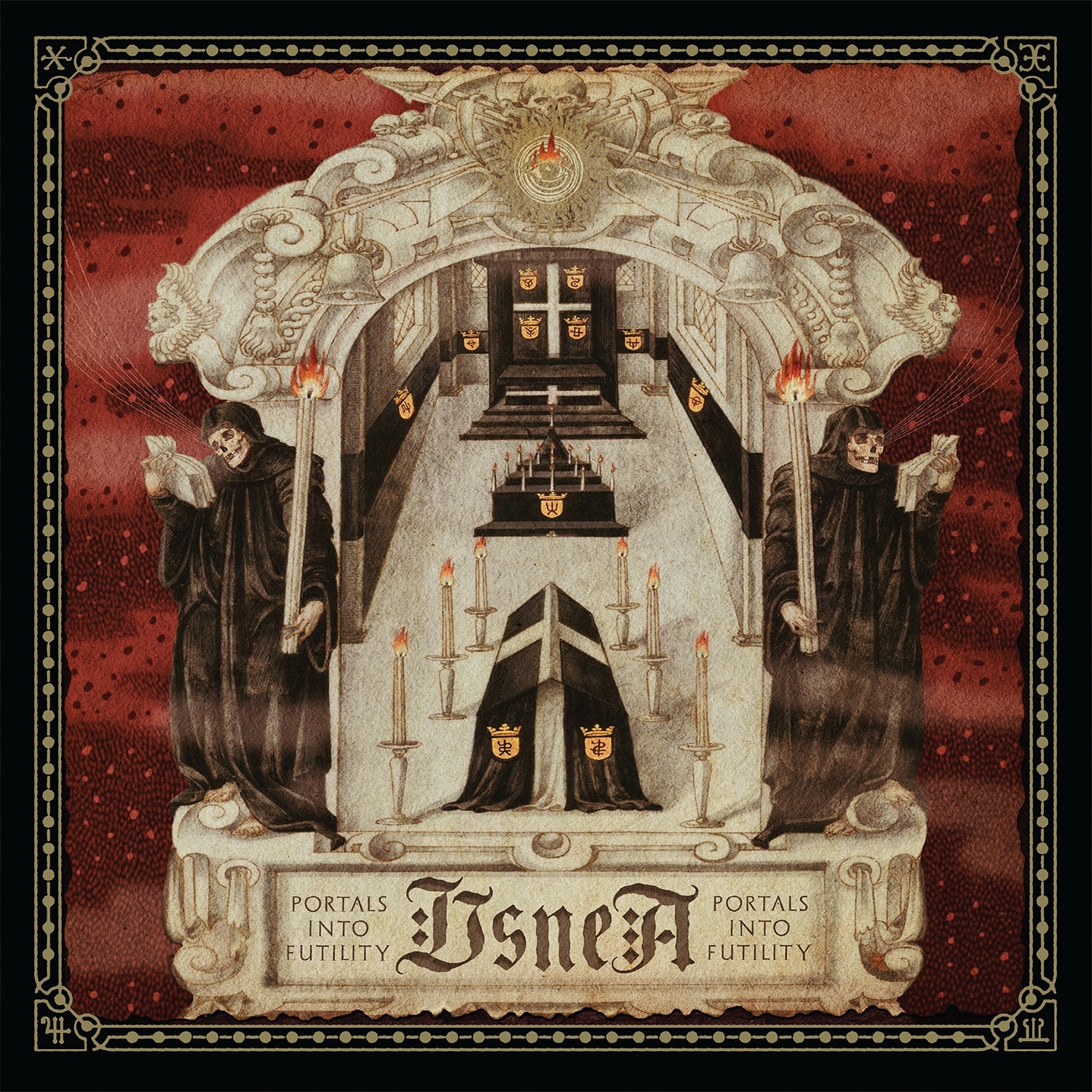 Massive and brooding, Portals Into Futility is a complex and deviant slab of sludge-laden doom. Through six tracks running just shy of an hour, the band weaves a complex web of dread and discovery. They lead you down the path less traveled, take unexpected turns at nearly every transition, and lock you in their dark embrace. With lyrics and themes based on various famous sci fi novels, the journey they take us on is expansive and perhaps not always clear in its purpose. I would contend, based on the particular novels cited, such as Lathe of Heaven by Ursula K. Le Guin and Dune by Frank Herbert, among others, there is some social critique embedded within the album.

Usnea is made up of Justin Cory, Johnny Lovingood, Joel Williams, and Zeke Rogers. Those massive drums that sound like they are excavating the very bedrock of the earth? That’s the work of Rogers. Williams wields his bass like a weapon, sending forth tormenting waves of grime that rumble through your being. He apparently handles some of the vocal duties as well. Cory and Lovingood combine to weave us a spell with some seriously think and grimy riffs. Cory is also the other half of the vocal equation. Vocals, by the way, are remarkably diverse. At times, they are a raspy, higher pitched squall, at times, a death like growl, and at times, an almost monk like chant. The variety presented is one of the true strengths of the album.

With their third full length, Usnea show us that they deserved to be counted among the elite. In all honesty, they probably always have, at least as far back as their split with Ruins when I caught onto them. Portals Into Futility is intelligent sludge, filled with purpose and emotion. The choices made all seem to be a part of a bigger plan. There is no, ‘let’s just riff on this for awhile to see where it takes us.’ There certainly moments where a riff or groove proceeds for awhile, but it always seems to be for the exact right length of time. There is no point where the album gets boring or seems to wander. As large and long as some of the songs get, they are a purposeful sprawl, all part of the journey.

Recommendation:  Thoughtful in its darkness.