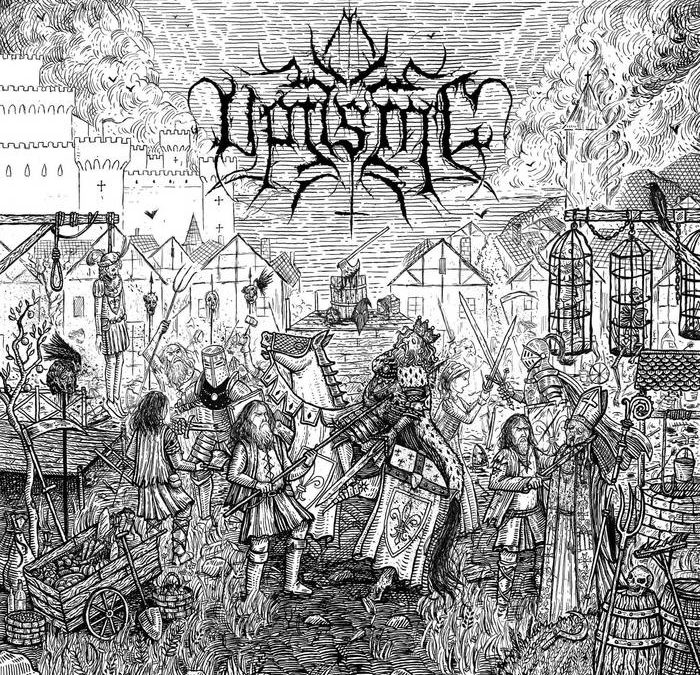 II is the second full-length by German the one-man antifascist project Uprising, with a demo sandwiched in-between. As the project name suggests, revolution is on his mind. The initial track features a sample calling for an uprising. In addition to being antifascist, the project, which is the solo work of Winterherz, the founding member of Waldgeflüster, Uprising is also explicitly anti-capitalist and anti-religious.

Jumping right into things with track two, the first true track after an intro, Winterherz makes his perspective known. The track is entitled There’s No Such Thing As Hope and it’s clear that he sees none. His attitude is bleak. It’s too late. The world is rotten, society spoiled clear through. There are too few fighting against oppression and authority. Though later tracks resound as calls to action, this nihilistic viewpoint peeks around the corner throughout the album, but no more blatantly than here.

The remainder of the album has its fair share of darkness, but also plenty of metaphorical bricks, gasoline, and matches. This is, after all, Uprising. The currents of bleak, well stoked anger run deep throughout the album, ready to ignite as soon as suitable fuel is found.

Musically, II features melodic black metal with dark, emotionally heavy overtones. The subject matter is very heavy and the music follows suit. This may be the soundtrack of revolution, but it’s the soundtrack for those who fight on, though all hope is lost, because they know they must. They know there is nothing else for them. The atmosphere is intensely visceral, filled with pain and righteous anger. There are moments of utter obliteration, such as the beginning of A Lesson In Basic Human Empathy, and moments of deep pathos, such as Uprise Part II. Let this soundtrack be the spark that lights your action for change.