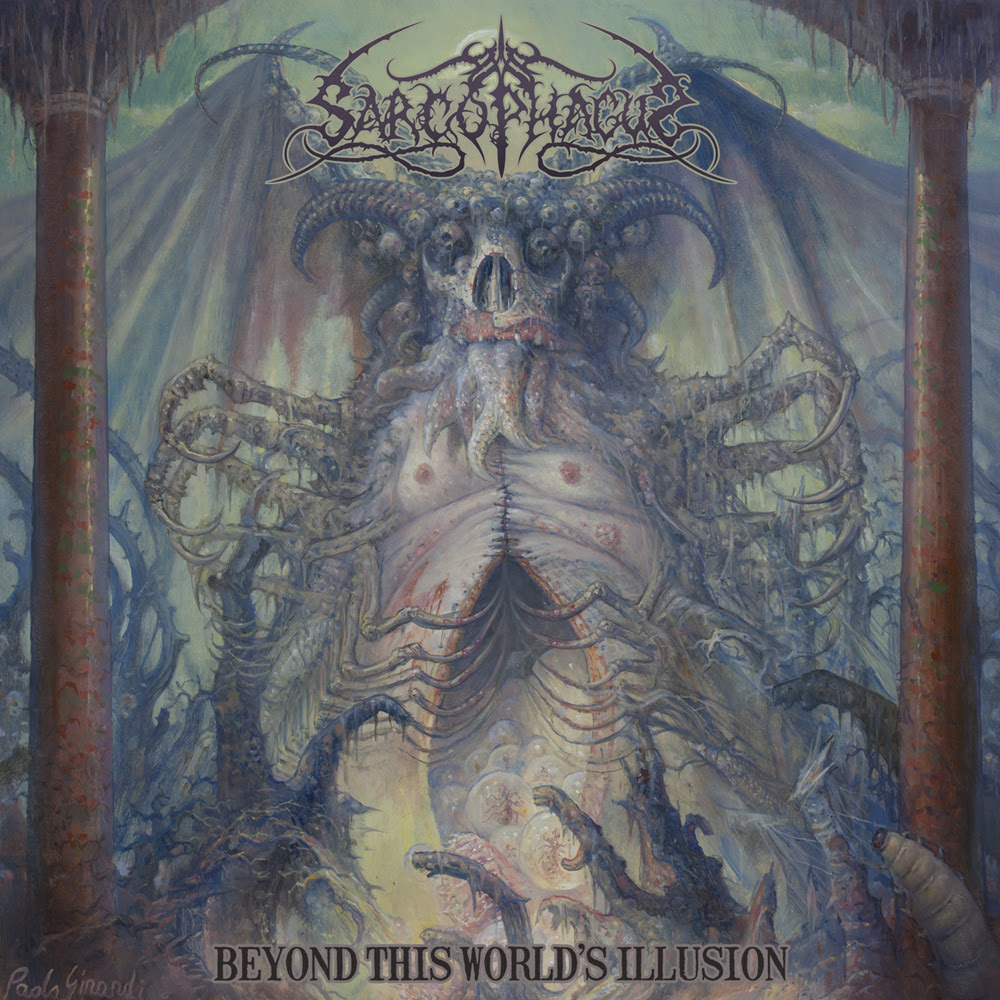 The Sarcophagus – Beyond This World’s Illusions (Review and Interview)

Album – Beyond This World’s Illusion

I recently had the opportunity to have some questions answered by Turkish blackened death metal band The Sarcophagus. Here is the interview, followed by my review of the album.

Hayduke X:  Congratulations on the release of your second full length Beyond This World’s Illusion.  It’s a fantastic album that really took me by surprise.

B:  Thank you very much, it is really great to hear that you liked the album.

HX:  How is the new album being received?  Are you guys happy with how it turned out?

B:  We are very pleased to receive good feedback for the new album and I think that shows that we are doing it well. The most satisfying thing is the album has met with the expectations of old audiences and in addition, we have reached more metalheads around the world. All this great feedback motivate us to make better ones and we really care about this.

HX:  Can you give me a breakdown of the history of the band?  I know have technically been around since 1996, but this is still only your second full length.

B: The Sarcophagus was formed by me in 1996, but we have had lots of lineup changes. I was the drummer of the band on the first two demos and later I became the guitarist and composer of the band. Our previous and current members haven’t been only musicians, but they have been working in different business sectors and have been living in different cities and countries. As a result of this, it hasn’t been easy to come together and make music. Black metal is a passion for us, so we have never given up. Let’s say we just got a break and this break time will not be too long again.

B:  I am composing the music as the guitarist of the band. First, I plan the whole music in my mind and then prepare a demo track of the song on the computer by using music programs…We discuss on and make the necessary editing on it with our bass player. During the rehearsals it becomes more clear and then the band is ready to record. Lastly, we are writing the lyrics and completing the songwriting process. Of course, we add some more guitar parts regarding to a lyrical parts.

HX:  Thematically, as I understand it, the album is about chaos.  Can you expand on this idea for me?

O:  Actually it is really hard to explain the chaos philosophy with a few words.Shortly, chaos is a dark philosophy against all the light and limitations of cosmic existence. Chaos is timeless, formless because of having infinite amounts of space dimensions. It is the sign of freedom for us.

O:  Metal music is our common passion which has a great influence on everything that we do. Especially 80-90’s Black Metal is our common like..Those days were totally amazing with it’s cult dark form. When you listen In the music of The Sarcophagus, you can find something from the 90’s cult…As non-musical inspirations is taking consideration, nature, dark woods, occultism, philosophy, religion history etc are our force…

HX:  Tell me about the metal scene in Turkey.  Is there any issue with playing this kind of music there?

B:  For Turkey, metal is not a new thing. In fact It is as old as world metal music history, but it is not easy to promote the band to the world. Making music is extremely expensive thing. We have lots of bands who spread their name to the world and also lots of who haven’t yet. We have no problem with playing this kind of music here.

HX:  Do you have any touring plans?  Can we expect to see you in the United States at any point?

O:  Yes, we are planning to take place in more shows with the new album.Why not? Playing in the United States and meeting with metalheads over there would be great. If organizers call we gladly come…

HX:  Tell me about your live performances.  Are there any that stand out?

O:  We played in some gigs in Turkey but actually we are not a kind of live band. Recording albums has always been more important for us.

B:  Touring with cool black metal bands for a few open air festivals would be good. Emperor and Watain would be two fine tour partners.

B:  Playing music is not a thing that we do to get money.We have already been working in different jobs. Playing black metal is some kind of meditation for us. We are creating an inner world with the things in our spirits by using music instruments and the music is coming out as a form. At last we are sharing it with the people all around the world so that’s the point we do it for…

O:  The album front cover artwork was made by Italian artist Paolo Girardi. As we were discussing about the name of the album, we were imagining a dark and sick world behind this physical world. It should be out of this earth, so we shared this idea with Paolo. After a time, he came back with this amazing masterpiece. It was obviously “Beyond This World’s Illusion”.

HX:  What’s next for The Sarcophagus? Do you have more music coming?

O:  During the recording of this album, some problems occurred, so it took our time to release it, but that period was very effective. We prepared some new things which are ready to record. I hope it will be shaped very soon. This time we won’t wait too much to release new album.

HX:  Is there anything else we should know about The Sarcophagus?

B:  We are preparing the new album material just now and I hope we can record it very soon.We thank you for this cool interview and all the metalheads who support us…Buy our new album and enjoy the depths of hell!!!!

Every now and then, I am taken by surprise by a band or an album. There is a vast sea of projects plying the waters of extreme metal and most blur together, in all honesty. The Sarcophagus is not one of those bands. Rather, they have managed to their latest album, Beyond This World’s Illusions, exceptional. I have actually struggled to put my finger on exactly what makes this album so good. The drums, ably handled by session drummer Oktay Fistik, are similar to those heard in many death metal bands. The guitar riffs, played by Burak Sumer, are waves of tremolo, both mournful and ominous. Sumer also handles synth duties to add flavor to the sound. Bass lines by Ozan Yildirim, propel the tracks forward with their meaty weight. Morkbeast essentially gives a tutorial on how to handle black metal vocals. Every piece of the puzzle has been done before, though all are very well done here.

So, what is it that makes this album so exceptional? It must be a case where the whole is greater than the sum of their parts. Every nuance at each spot is handled just right. There is no spot on the entire album where the music bogs down. Each track feels just the right length. Burak Sumer states in the interview above that black metal is a passion for the band. It is perhaps this passion that drives the album to be what it is. Beyond This World’s Illusions is a beast called to life by this passion. Both anguished and terrifying, the creature moves of its own accord, drawing the listener along in its wake. Once you start listening, you are hooked, taken along for this ride, for this exploration of chaos. It is perhaps, chaos itself channeled through musicians and their instruments and it is a sight to behold.

Recommendation: Beyond This World’s Illusions is one of the essential albums of 2017. Go buy it. No need to listen first.