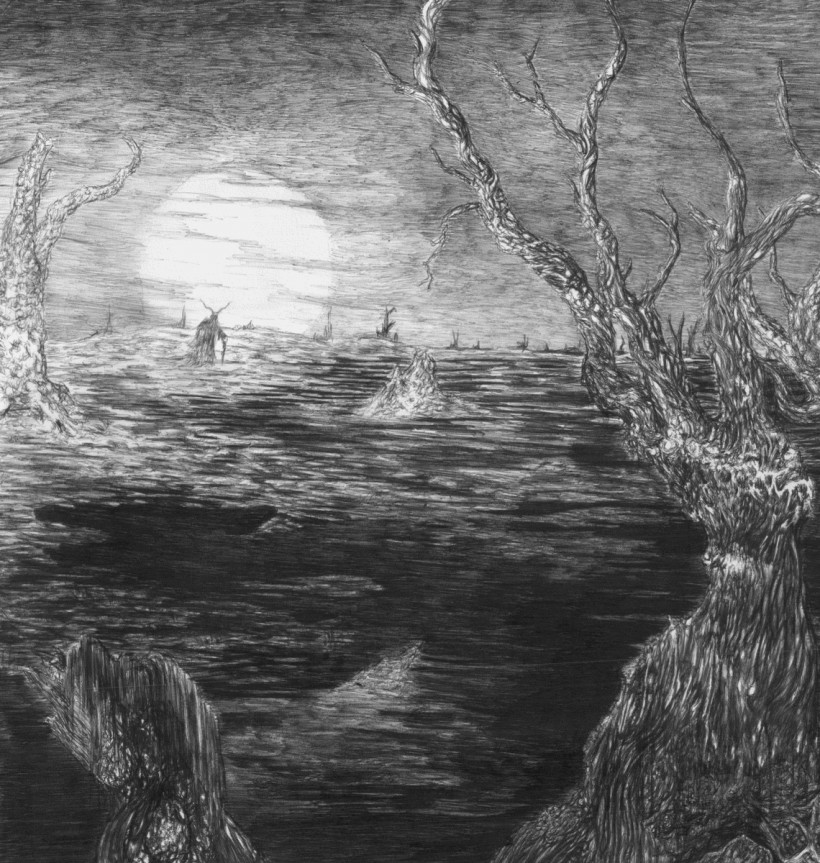 Label – Tribunal of the Axe Records

Swamp Witch presents a very bewitching sound within their album The Slithering Bog.  Their occult style of music and lyrics makes you feel as if you are hexed by witches and warlocks. You find yourself entranced within the melodies and lyrics and you cannot stop listening.  When describing their music further, we can see that they are a “culmination of psychedelic substances, occult practices, and a collective interest in dark, strange, and ultimately hallucinogenic music.”

While listening to the music, you find yourself taken on a journey through the lair of a witch.  The bass lines within the songs are haunting and lure you deeper into the lair of the music and make you curious as to what is to come.  They are scales going up and down bringing you to a heightened feeling of dread.  The march of the drum makes you feel as if you have no choice but to move forward and press onward deeper into the music.  You cannot help but feel your heart speed up and down as the pace of the march gets closer to the lair of the witch.  The guitars bring about the different feelings of the  incantations that are being performed, and bring about the decay of one’s soul.  When we put all of these together, you get the sound of decay, and doom that is present when one is face to face with a witch.  You feel almost helpless with the music and are entranced within the sounds of your own doom.

The vocals on the tracks are deep and filled with the gravel-like rumble that you would expect from a deep incantation.  The lyrics of the occult presented here, along with these deep rumblings, make the singer sound as if they are talking to demons within their abyssal tones.  It makes the feelings of the witches incantations complete in the music.  You feel as if you are being hexed, or that there are demons in your head telling you what you are bewitched with in the music.  It makes for an overall great quality to the songs.

Overall, the album is very good.  There is some great work here between the music and the lyrics, and I found it entrancing.  Swamp Witch put a spell on me during this album.  Let me know what you think.  Post on the Rage and Frustration Facebook page and let us know.