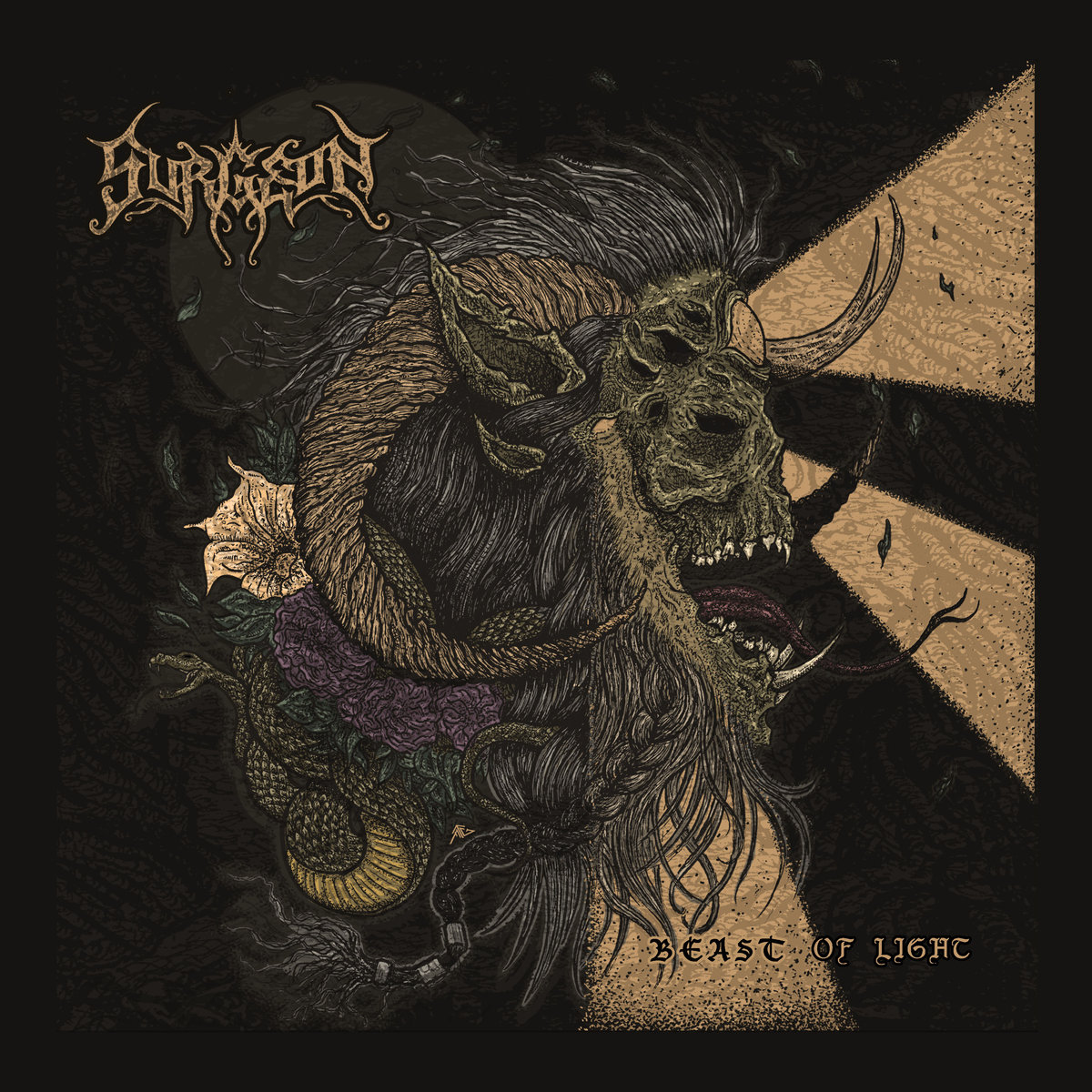 I don’t know too much about Anthropic Records, but I do know they are two for two in terms of greatness among albums which I’ve heard from them.  As my final review before joining with MoshpitNation, I reviewed the Anthropic release Tapered Limbs of a Human Star by Hivelords.  You can read it here.  Now I have Beast of Light by Philadelphia band Surgeon in my ears.  Though they share a common member in Lydia Giordano, the two bands are remarkably different.  As I discussed at length in the Hivelords review, that album is essentially a soundtrack to the void.  Surgeon is a different animal entirely, a feral hunting creature of controlled savagery.  Beast of Light doesn’t strike me as truly evil in the way of some metal, but rather as wild and dangerous.  Your destruction is imminent, but not because because of the rise of the hosts of hell.  Instead your immolation will come thanks to the sharp claws and rending fangs of the apex predator of existence.

Musically, Surgeon plays a style of progressive metal with heavy black metal influence, though not exclusively so.  The guitar work of Giordano and Josh Mustin is stellar.  Rabid tremolo picking with often clean, bell like tones war with driving riffs to create the sense of impending ferocity.  The bass lines of Sean Bolton help create the sense of inevitability.  Truly, you feel like you can run, but you cannot hide.  Bolton also handles the vocals with a violent rasp most akin to black metal, but more urgent, less cold.  There are also cleans which add a human touch.  This actually serves to make the album more visceral and ominous.  The music is very human, as opposed to otherworldly, and feels very personal.  Drums, handled by JT Wieme, are the glue that holds everything together.  They are essentially perfect in the mix.  Wieme ably controls the pace of your thought as he controls the pace of your music.  The drums become more aggressive, raising your hackles as you sense the closeness of the Beast, and then slow down to make you look over your shoulder in a desperate attempt to spot your impending doom.

The excellence of this album is hard to overstate.  I found that it wasn’t an easy album to grasp instantly, which is part of the reason this review is going up a little late.  Repeated listens are drawing me further into the hunt.  I hear new things and like Beast of Light better every time I listen.