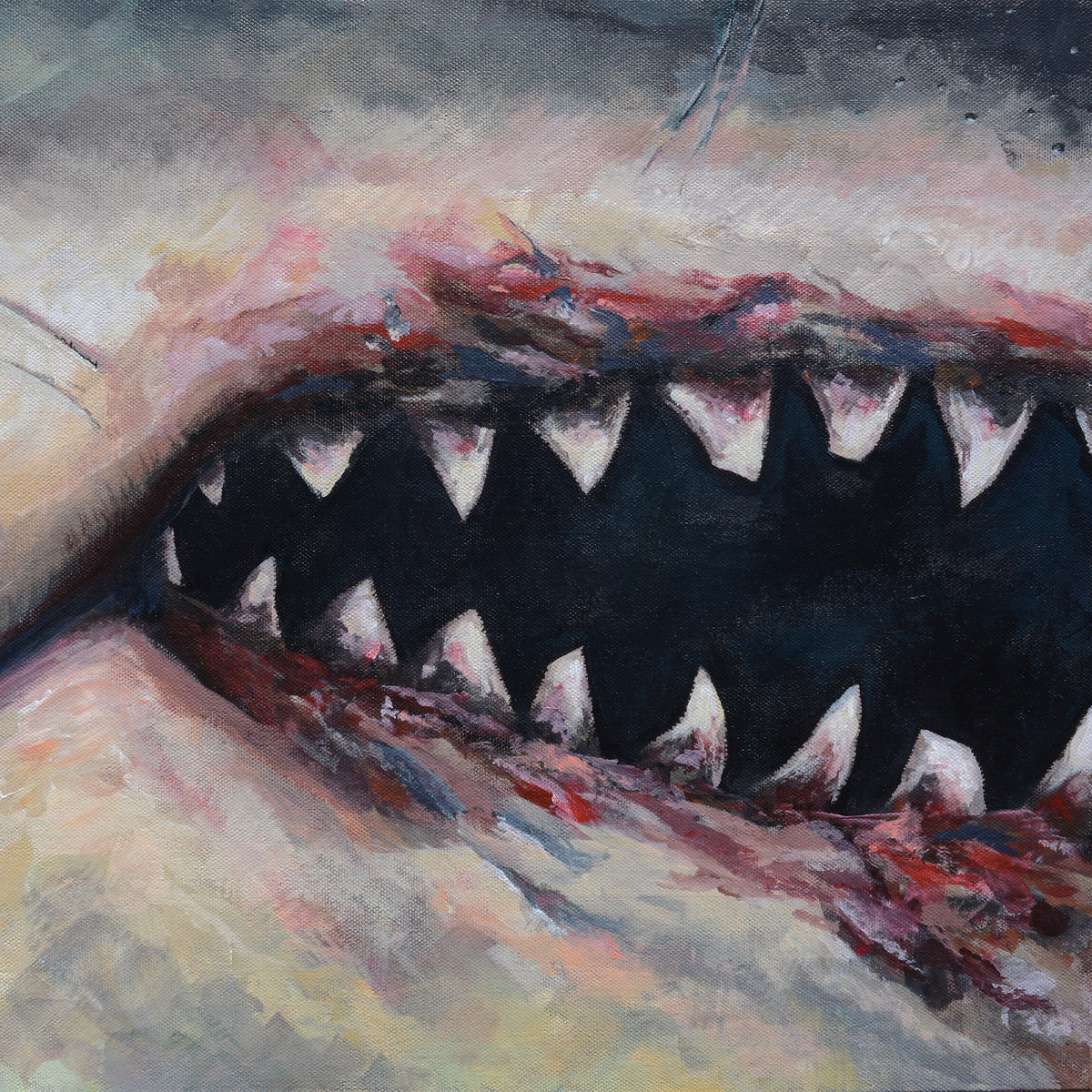 The Great Fish… is a strange album. No doubt about it. Actually, it may be easier to grasp if you think of it as literature in sonic form. This work by Squalus would make Herman Melville proud. The story, you see, is about a shark. A man-eating, dangerous hunter of the deep, and its battle with those humans that have to deal with it. In addition to being bizarre, the album is also really good. It’s interesting, heavy, mellow, unpredictable, and wanders well off the beaten path. Are you an adventurous listener? Then let me introduce you to Squalus.

Reportedly rising from the depths of the ocean as the resurrected corpse of the progressive metal act Giant Squid, missing one limb (member) and now taking a sludgier direction, Squalus includes Aaron John Gregory on bass and vocals, Zack Farwell on drums, Andy Southard on keyboard and samples, and Peter Benchley providing lyrics. Let’s work in reverse. First, it’s interesting, but appropriate (at least in this case) to include a lyricist (who doesn’t have other duties according to Metal Archives) as a member of the band. Given how connected and literary the lyrics are, I think it’s completely justifiable. Keyboards and a wide variety of samples run throughout, (I’m assuming both arranged and played by Southard) giving the album both a classic and progressive sound. Think some of the keyboard work by Ray Manzarek on the spacier songs by The Doors. Farwell’s drum work is all over the place, in a good way. The rhythms are certainly rock solid, but they are also dynamic and ever-changing. This is after all a story, not just a collection of tracks. He seems to find the right pace for the moment throughout the whole album. Finally, we get to the thick bass sound of Gregory. Much like the depths of the ocean, it is massive, near overwhelming, and sometimes suffocating. His vocals draw to mind a salty sea captain telling a tale of danger and wonder on the high sea.

The question remains, should you listen to Squalus? Let me answer like this: Does a shark have sharp teeth? Is the ocean deep? Is man versus the sea a timeless confrontation? The answer to all, is of course, yes. Yes you should. Put on your warm sweater. Climb into the fishing boat. Hope you don’t meet the menace.