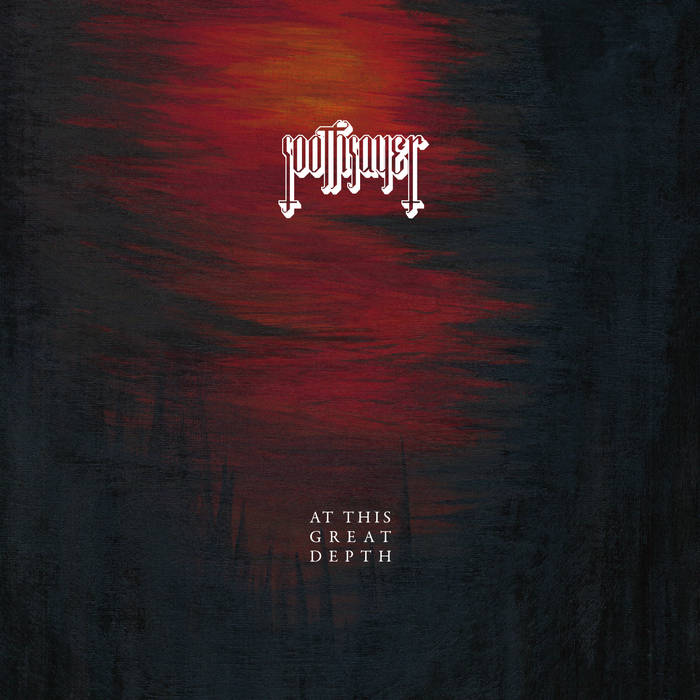 Soothsayer – At This Great Depth

Album – At This Great Depth

Those who predict the future are known to us as the soothsayers.  Irish atmospheric doom metal band Soothsayer has a sound that makes the mystical power of a soothsayer flow through you.  Through melodic tones and the general feel of the music, you get the aura of your future being read and shown to you through your eyes.  Through this two song album, you are able to understand and see as the soothsayer into your own future.

While listening to the album, there are many different riffs that enable us to have a wide range of emotions in the music.  Through 16 minutes of the first song, you are able to feel safe and sound, but in an instance switch to seeing your worst nightmares come true.  Changing from a light, ringing, and echoing guitar and bass with a steady beat of the drum, to a heavy distorted and deep tone creates both a good and a bad image for your future.  The sound that they create the ups and downs of a person’s life, switching between the light moments of joy you will feel and heavy distorted pain consistently throughout your foreseeable future.  When the vocals begin to come in, you feel as if you are about to switch into your worst fears coming true.  There is a deep growl in the vocals that would haunt you.  Not only the growl, but his scream echos within you to show the torment your soul will be in.

With only two tracks on the album you would expect that one would be about the good future and one would be about the pure nightmares that you face in the future.  Well, Soothsayer does hit that nightmarish tone with the second song on the album.  It is named “Of Locust and Moths” and it is appropriately named.  The music and vocals will consume your soul and place you in a nightmare that they find to be your future.  Within this song, there is not the bright future outlook we hope for, only deep despair and fear.  There are so many heavy tones that work well together and make for a good track.  Along with the tones, the vocals are very deep and turn into screams of what we will see as our good future is ripped to shreds by pure nightmare fuel.

Overall I found the album to be very good.  I really enjoyed the music and the ride that I was taken on into my future.  I recommend that you check this out.  I don’t think you will be disappointed.