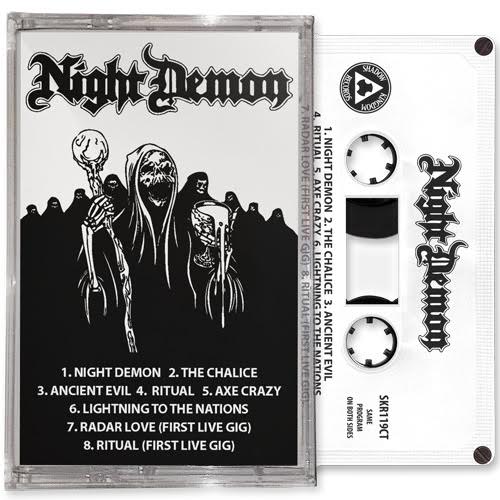 SONG OF THE WEEK: Night Demon – The Chalice

This week we are going a different way with our Song of the Week after the nihilistic fury of last week.  Night Demon brings us a NWOBHM sound with an American edge.  This release actually came out in 2013 on the band’s Bandcamp page as their first release.  It was so solid that the band was promptly snatched up by Shadow Kingdom Records where they released Curse of the Damned as their official debut album.  Here at Rage and Frustration, we love the raw ritualistic beauty of the band’s sound on this release.  Check out The Chalice in all of its ritualistic glory below, and then move on and discover the rest of the EP.