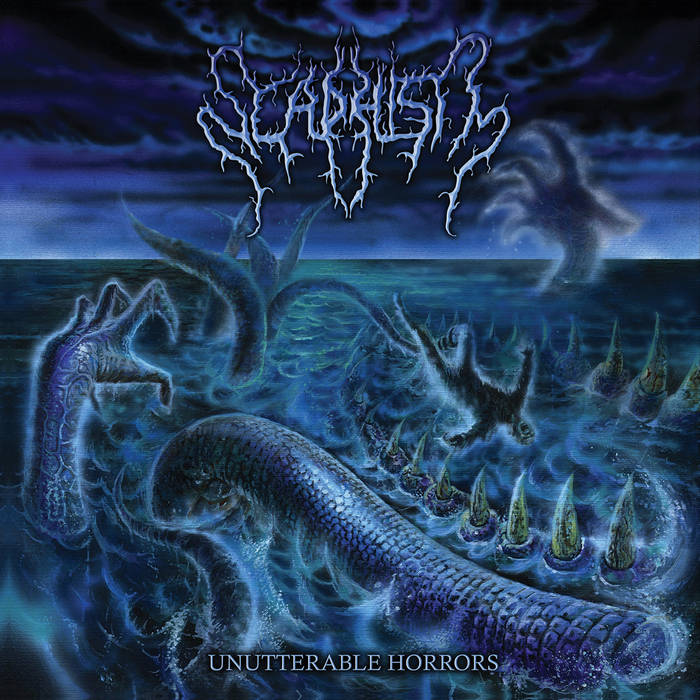 Has the perfect mix of death metal and thrash ever existed? Not until now! You will all yell out band names, and I may well agree with some, but until this very moment, for my part, I have not found a band that can balance both so well. Infernal Majesty do not apply because they are Gods, and just you remember that.

Back to Scaphism. The meaning of the name itself is just awesome to behold unless you happened to be a victim of it. An ancient practice also known as ‘the boats’, In short the victim would be tied between two hollowed out logs to form a container of sorts.. Force fed a shitload of milk and honey to make their rear end burst with nastiness, then be left to shit themselves inside said container.

The container of said victim would fill with excrement inviting all sorts of nasties to come on in and join the fun, Burrowing insects would then stop the blood flow in certain areas allowing gangrene to set in. The victim was fed daily to ensure he didn’t die of dehydration or starvation. The victim was basically alive whilst being eaten to death. Nice.

History lesson over, but it does carry a certain level of explanation with it.  Tony Jordan on vocals has surely been gorging on milk and honey to have a voice so fucking deadly. Evan Woolley has provided the chainsaw with which to cut the logs. Alex Fewell nails the living coffin together with surgical precision, and Erik Jordan makes sure that you will never forget the four strings that hold your nightmare together.

Abso-fucking-lutely the catchiest bunch of miserable horrid brilliance I have heard probably in the eternity that I have called my life, and you should know that I have been around since seventeen dickety six, so I am right and you should just get onto this. Death, thrash, whatever. Absolutely essential listening for any metal head. If the lyrics don’t make you want to lose your last meal then jumping around like a fucking maniac to the sick tunes will surely bring you undone.

I must add, these fine fellows have been bringing their grisly mastery to us for over a decade now having formed back in 2007, and it’s a damn shame I didn’t know of them sooner. I highly suggest you check out their first full length release ‘Festering Human Remains’ as well as the split they did with Boarcorpse and Composted.

Don’t be a bore, this one will eat you alive, and you will enjoy it.