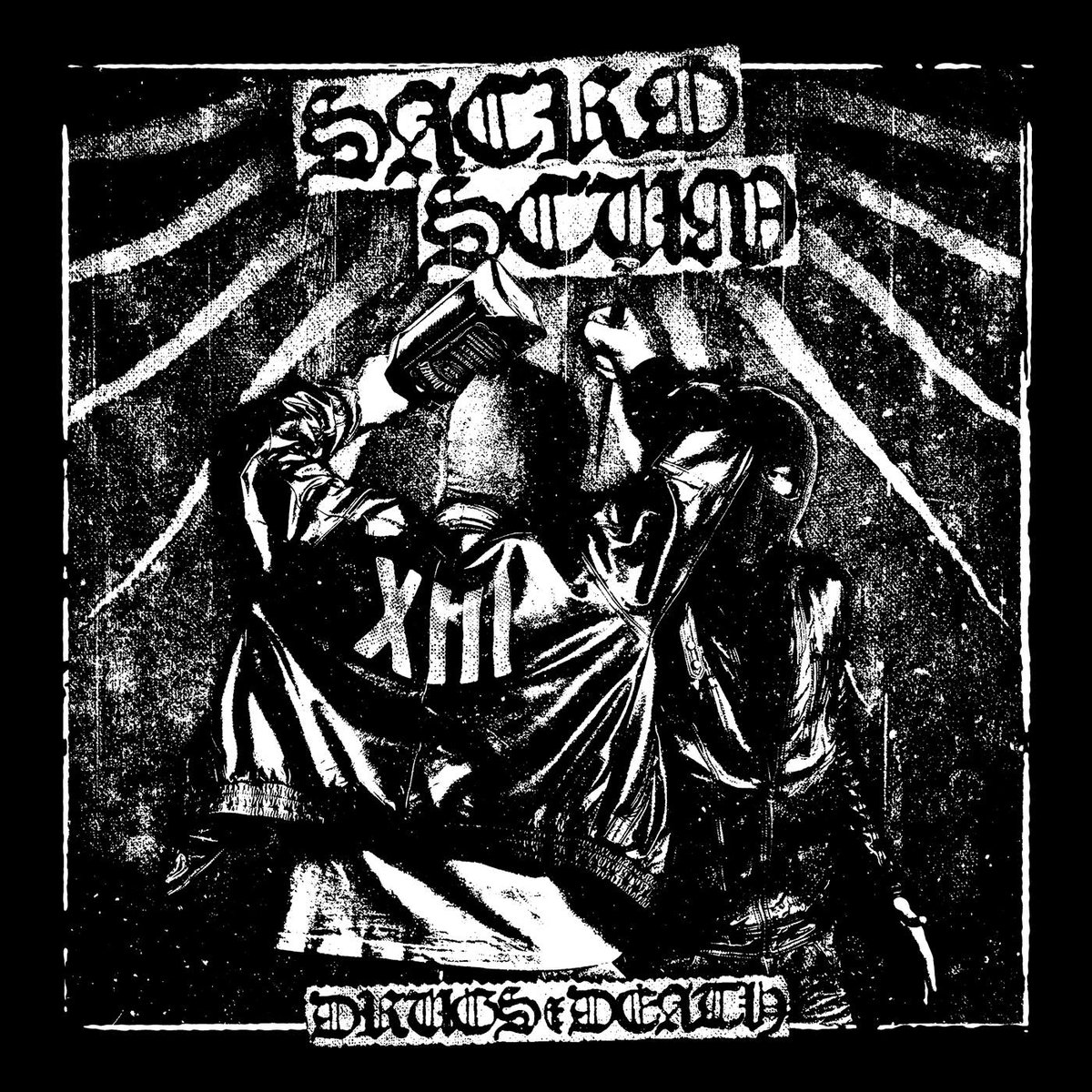 Sacroscum’s debut full length is aptly titled Drugs & Death, as they are encouraging us to try both. This is an album besmirched by the foulest of intentions. The seems to hate us all and everything else and have poured that hatred into these nine tracks. If you want to hear forty-one minutes of putrid vileness, then this is your album. If that doesn’t sound appealing, them how about this: Sacroscum plays a mix of the filthiest crust embedded in gnarly black metal resurrected from the grave of the first wave. There are nods to many of the greats of those days when crusty, hardcore punk blurred so easily and so often with early black metal, they days when black metal was more about attitude and intent than a particular sound. Though a newer band, that is the era which informs this album.

Formed in 2015, Sacroscum is a duo comprised of J. on drums and SS on vocals, guitars, and bass. They play a style that is raw, but not Raw in the genre sense. The production is lo-fi with lots of filth bleeding out around the edges. The drums pummel, the bass thuds, the guitars tear, and the vocals spew.

There isn’t anything particularly new about what the duo does – this is basically a throw-back to an earlier era, after all – but they do it right, nonetheless. When a band chooses to play in a particular, established genre, they better at least do that. The attitude of filth and debauchery given to us by Sacroscum is just right for the style. The riffs are solid. The rhythms get my headbanging. In short, Drugs & Death is worth your time.