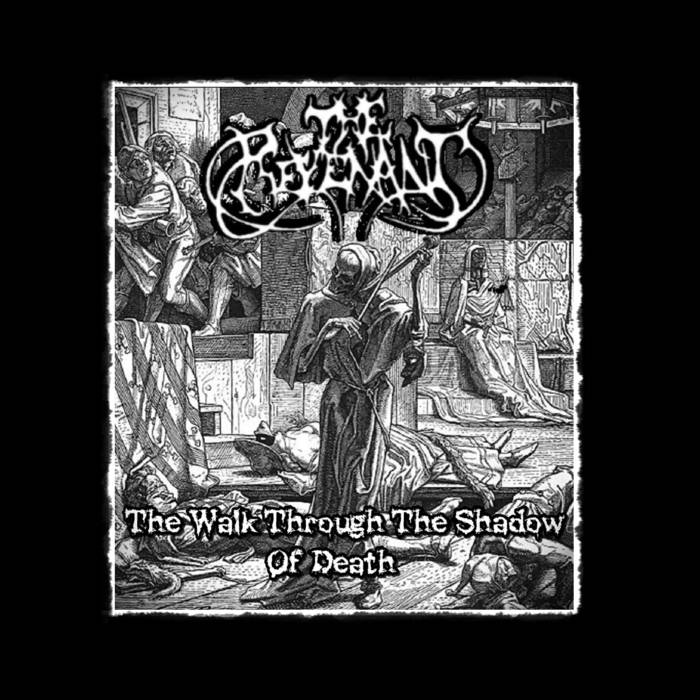 The Revenant – The Walk Through The Shadow of Death

Album – The Walk Through The Shadow of Death

Featuring a filthy mix of extreme genres, The Revenant have been spreading their unholy gospel through West Michigan since 2015. In that same year, the band released what is their only release so far, entitled The Walk Through The Shadow of Death. That doesn’t mean that they are no longer an active band. They are often seen playing shows from Detroit to Grand Rapids with points in-between. Given their burly mix of sounds, one might call them extreme gutter metal or perhaps filthy murder thrash. In fact, at various points on the album, one can find elements of thrash, old school death metal, hints of black metal, and even an occasional touch of grindcore.

The band make-up is a murderer’s row of characters. You have The Psycho hammering away at the skins (are they real skin?) in maniacal fashion. Picture Ed Gein crossed with Animal from the Muppets. Then there’s The Deviant responsible for the low end torture device, bludgeoning away one sadistic riff at a time. Axes in hand, we find The Butcher swinging away and handing his kills over to The Undertaker to finish off. It’s hard to avoid the swinging axes when you don’t know what direction their coming. The riffs are consistently chaotic and unpredictable. While The Undertaker works in silence, The Butcher loves holding forth on his killing spree, along with The Void, who preach horror through a variety of pig squeals, growls, screams, and grunts. Intrigued? Afraid may be the better response.

The Walk Through The Shadow of Death is hard to pin down. As I’ve said about other bands, that is a good thing. The Revenant shows great promise for future paranoid messages of wanton destruction. This one holds it’s own as a nihilistic journey into mania and psychosis. Darkness seeps through the pores of the album. The Revenant have much to say and none of it is pretty.